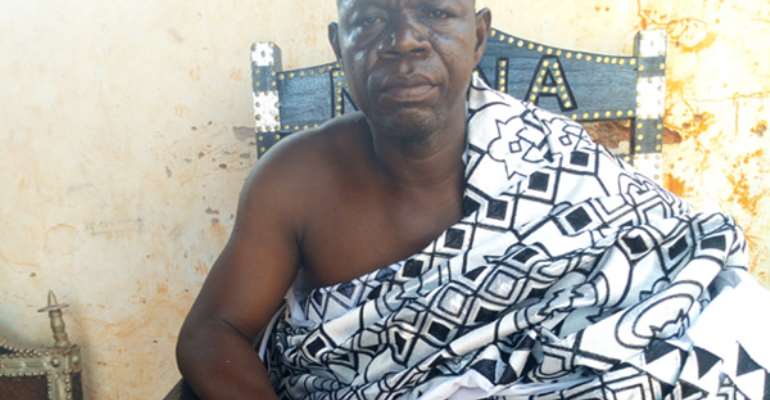 Nana Owusu Gyan II, Chief of Cherehin in the Kintampo South District of the newly created Bono East Region, has appealed to the Ministry of Roads and Transport to reconstruct a ramshackle bridge linking the area to other parts of the region.

According to the traditional leader, the unfortunate state of the bridge has now become a deathtrap for his people, especially schoolchildren and farmers, who use the bridge. He, therefore, wants the problem to be fixed before it compounds.

Nana Gyan made the appeal through DAILY GUIDE during their annual Munufie YamFestival held over the weekend.

He said on several occasions the youth tried to do some repairs on the bridge but it had reached a point they could no longer fix the difficult part unless the government employed the service of experienced engineers.

Nana Gyan commended the government for its support to the Kintampo South District in terms of education, health, roads, among others. In spite of that, he said still much had to be done.

The chief revealed that Cherehin and its surrounding communities are predominantly farmers who largely depend on the 7-kilometre road hence the need for urgent attention.

He, therefore, entreated Ghanaians, especially politicians (opposition groups), educationists and other social groups to look out for ways to sustain the policy and desist from concentrating on its weakness.