Why are French people striking on 5 December? 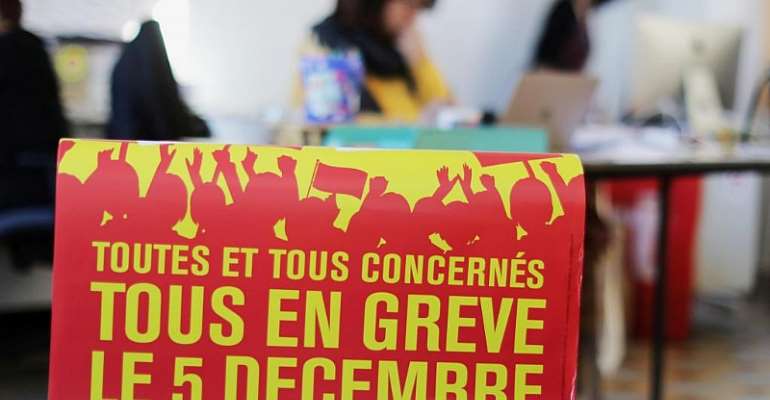 Railway workers, lawyers and teachers are among those expected to answer calls for a widespread general strike on Thursday in protest at proposed pension reforms. The protesters feel like they're being short-changed.

The controversial pension reform proposes a universal system that would calculate everyone's pension in the same way.

Currently, France has 42 separate regimes including 'special regimes' for public sector workers, allowing them to retire early at around 50.

In comparison, anyone who doesn't enjoy a 'special regime'- generally people who work in the private sector - can retire at 62.

For the sake of equality, the French government says the regimes should be streamlined into one single operating system.

Railway workers say they'll be impoverished.
Make us rich not poor
The government's quest for equality "will make us poorer," says Renauld Szpitalnik, a representative from the Sud Rail union.

"What we want is a reform that treats everyone equally but by making them richer," he told RFI.

For the protesters, the reforms would impact how much money they receive.

Instead of being assessed on the salary earned during their final six months of work--which is usually the best--public sector workers will now be evaluated on their salary over 25 years; bringing them in line with people in the private sector.

Teachers' union Unsa-Education, who has also called on its members to strike, says the future pension system will penalise "teachers who receive few allowances and bonuses".

Less money
Primary school teacher Chloé agrees.
"At the start of our career, we start out at 1,600 euros per month, and to earn more than 2,000 we have to wait ten years," she told RFI.

"We are so badly paid that it's impossible to save during our careers, the only advantage we have is our pension calculated on the last six months instead of our whole career. With the new system we will lose a lot of money."

The loss could be as much as a grand. Instead of a pension of 2,500 euros per month, teachers like Chloé could see the rate slashed to 1,600.

The strike also has the support of lawyers.
Vague system
Christiane Féral-Schuhl, president of the National Council of Barristers, says liberal workers, who currently pay into a separate fund, will be penalised.

"The future pensions system will double the contributions lawyers make from 14 to 28 percent," Schul told RFI.

The French government has promised to reduce lawyers' health insurance to offset the hike, but Schul is not convinced.

"The compensation is largely insufficient. (...) Currently, each lawyer pays 1,400 euros every year into the general pension system to support the rest of society. Why should we scrap this for something that is vague?"