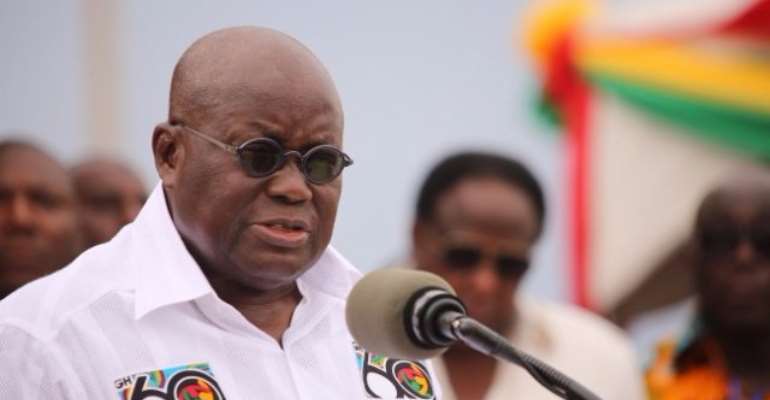 President Addo Dankwa Akufo-Addo has cautioned Ghanaian traders against taking the law into their hands under the guise of enforcing laws governing retail trade.

He advised the traders, led by the leadership of the Ghana Union of Traders Association (GUTA), to continue to engage and dialogue with various stakeholders to find a lasting solution to the problem.

The President acknowledged that the law governing retail trade was in favour of GUTA, but said “we are in a country where we want the rule of law to work” and reminded the traders that the enforcement of the law was the responsibility of the government and not individuals.

"People cannot take the law into their own hands and enforce it. When that happens, it could disturb the peace. We have a lot of Ghanaians in foreign countries, especially Nigeria. I don’t think we you want us to do anything which will affect those in Nigeria.

“Let’s not repeat any acts like the xenophobic attacks in South Africa. Let us allow the Minister of Trade and Industry to continue with the work he has started with the Ghana Immigration Service and a committee,” President Akufo-Addo added.

He said the problem could be solved through engagement and dialogue, without breaking the law, and appealed to the leadership of GUTA to have control over its members.

The President gave the caution when he addressed a durbar of traders, including the executive and members of GUTA, at Okaishie in Accra yesterday as part of his three-day working tour of the Greater Accra Region.

Responding to concerns raised by the leadership of GUTA about the activities of the Meridian Port Services (MPS) at the Tema Port, the President expressed surprise at the claim by GUTA that there had been an astronomical increase in tariffs by the MPS, saying: “We have to go into it, find out and get back to you.”

Explaining further, he said the original contract between the country and the MPS, which was signed by the previous government, entailed a 20 per cent increase in tariffs, out of which nine per cent had already been implemented, while the rest was being dealt with.

He further assured the traders that the issue concerning a task force at the port would be dealt with.

On the banking sector, the President said: “It is difficult for people to understand me, but if we had not cleansed the system, the future consequences would have been dire.

“Yes, the banking issues have brought with them some hardships which I am aware of, but let us allow the Bank of Ghana (BoG) to handle the matter, so we reap the positive results soon. The central bank is working with the ministers of Finance and Trade and Industry on the matter,” he added.

The Minister of Trade and Industry, Mr Alan Kyerematen, expressed appreciation for the cooperation, respect and patience exhibited by members of GUTA in their quest to resolve issues bordering on their sector, saying “that is what has helped us to make progress”.

He described traders in the country as major stakeholders in nation-building, but urged them to be patient with the government.

For his part, the President of GUTA, Dr Joseph Obeng, described President Akufo-Addo as the most accessible President and thanked him for reaching out to traders to help address their concerns.

He also expressed appreciation to the government for the introduction of various policies to cushion traders.

Dr Obeng, however, alleged that while the government was working to reduce tariffs, some people at the ports wanted to sabotage such efforts, as demonstrated by the MPS and the Ghana Ports and Harbours Authority (GPHA), which he claimed had increased tariffs.

He appealed to President Akufo-Addo to ensure the establishment of a Trade Bank, an initiative of the Minister of Trade and Industry.