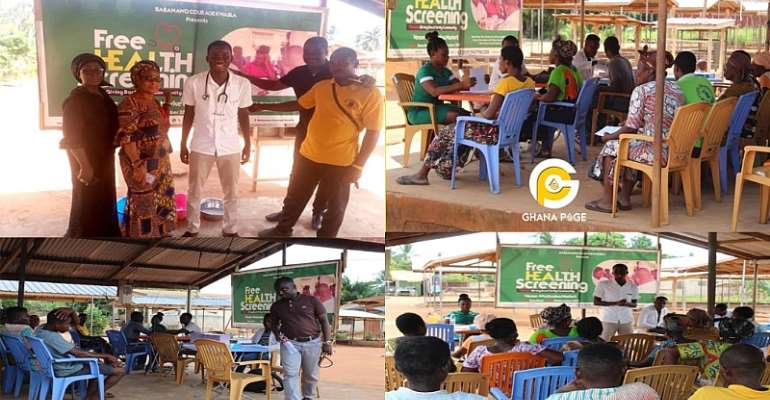 A Ghanaian nurse at Ketu South in the Volta Region of Ghana has organised a free health screening for the people of Ketu South on 30th November 2019.

This reporter who was on grounds reports about how the people who attended were excited about such a wonderful program.

One resident of Ketu South who came to check his HIV Status expressed his appreciation to the organizers for such a wonderful program which has given the residents of Ketu South the opportunity to know their health status.

Others called on the organizers to bring more of such health programs to Ketu South to increases health awareness among the residents, especially among the youth.

Babanawo Courage Kwabla who is the brain behind the Free Screening speaking with Ghpage.com after the successful program thanked the residents for coming out in their numbers to make it a success.