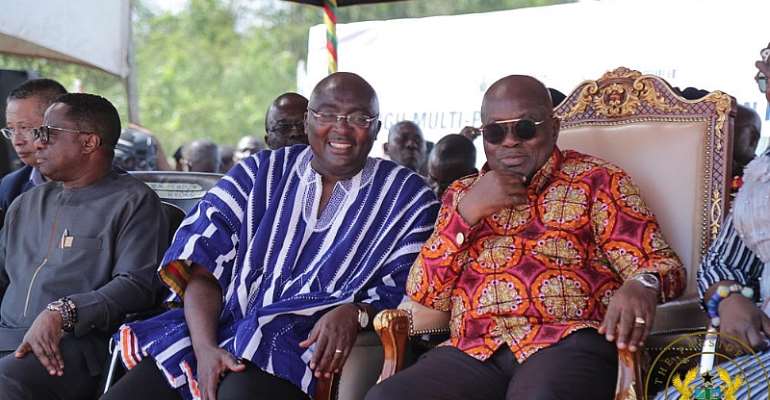 In what appears to be the strongest indication that he will contest for the Presidency again, President Akufo-Addo has appealed to Ghanaians to renew his mandate in the 2020 election.

During an address to the people of Weija Gbawe as part of his tour of the Greater Accra Region, President Akufo-Addo said his administration has built a solid foundation which must be maintained and expanded after the 2020 election.

“…Four more [years] for Nana so that we can continue the foundation that we are laying for Ghana. It is important that all the strong work that is going into reconstructing our economy and laying the foundation for agriculture and for industry and for our education and health system [is maintained].”

The New Patriotic Party (NPP) says it will hold its Presidential primaries on April 25, 2020.

President Akufo-Addo, who won the 2016 election on the ticket of the NPP has not made a formal indication yet as the NPP is yet to open nominations.

The National Chairman of the NPP, Freddie Blay, has previously said he expects President Akufo-Addo to seek re-election.

The Economist Intelligence Unit, EIU, had predicted that the governing NPP, will secure re-election in 2020.

The EIU in its country report on Ghana released on May 13, 2019, said it will be difficult for the opposition NDC under former President John Dramani Mahama, to portray itself as the better custodian of Ghana's economy, especially as the country's growth outlook looks fairly strong.

Specifically, on elections, the EIU said:

“Nana Akufo-Addo, the president, and his NPP will see the country's economic situation generally improve during the remainder of their terms of office. In the presidential election, it says Akufo-Addo will face a challenge from John Mahama— Ghana's president from 2012 to early 2017, who was elected leader of the opposition NDC in February 2019.”