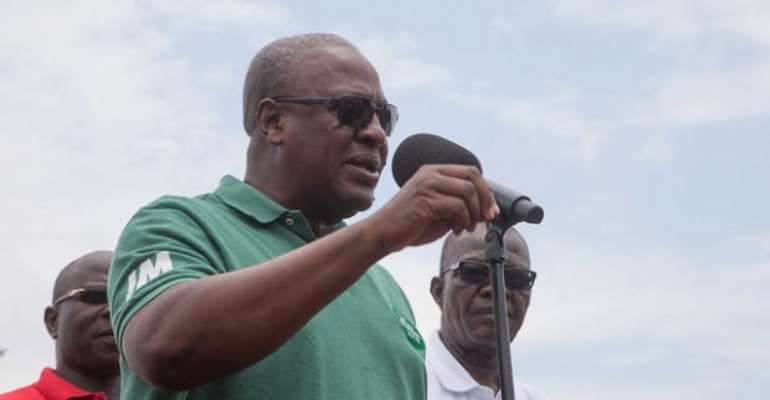 At a meeting with Executives of the Federation of Muslim Council on Tuesday, Mr Mahama indicated that the fund must be used to address the major challenges of the people who lived in Zongo and not ‘insignificant things’.

“among others,” he said.

He continued “We think that the issues facing the Muslim community are bigger than that. Access to education, how we put the children in school and keep them in school so that they don’t drop out.”

The Flagbearer of the opposition, National Democratic Congress (NDC) further asked, “what is the access to health care in the communities?” Stressing that these infrastructure and utilities are what government needs to prioritize so as to solve the development disparity in the country.

In November 2017, Parliament passed the Zongo Development Fund Bill which seeks to establish a Fund to speed up the development of Zongo communities into centers of opportunity.

Government explained that Zongo communities in the country have over the years been bedeviled with infrastructure deficits, lack of social services and poor sanitation and promised to provide 50 million dollars for the Fund when established.

Addressing the media, General Secretary of the federation of the Muslim Council, Alhaji Mohammad Addo also accused government of discriminating against Muslims arguing that there is no Muslim represented on the religious and chieftaincy advisory board.

“There is no single Muslim represented on the board. They are about nine on the board; the Minister, his deputy, former minister, about 4 ministers of the gospel, no Muslim is on the board.

“And for a Ministry that seeks to administer issues regarding religions in the country including Muslims, we can’t fathom why a Muslim shouldn’t be on that board.”