A message to self hating Ghanaians 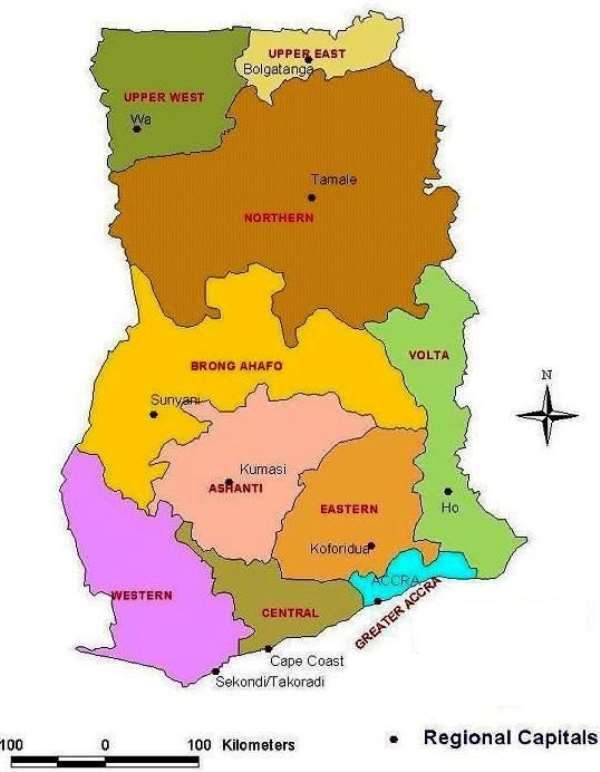 Some Ghanaians wish they were not Ghanaians. They wish they were European, American or something else. They buy into the lie that Africans are inferior and they need another source to lead them. Kwame Nkrumah must be saddened, the big six too. That the ghanaian still believes in the message the colonists gave to them. That they are not enough. Some people even want to say they don't believe in tribes and we are one Ghana. Which is total nonsense, it's wrong to believe in a tribes superiority over another. But the kwahu didn't fight for the Ashanti, neither did the Ewe fight for the Ga, or the Dagomba fight for the Ahanta. Every tribe in Ghana fought for the survival of their own people and should be commended by their descendants for doing so. Their descendants can only show this by being proud of their tribe and heritage. One Ghana did not fight your ancestors battles, for them to own the land and be able to look after their children.

Everyone in Ghana is here because of wars their ancestors fought for them to survive and people will do well to remember that regardless of were they come from. People fought for them to exist and live a decent life and they should be grateful.

This is my message to you self hating Ghanaians ( it's also for the self loving Ghanaian) Unfortunately your European or American idols, or your other idols in the world if not for liberation movements and the independence struggles of our fore fathers and fore mothers, would have happily had you as second class citezens and servants in your own country. While they plundered your countries goods for themselves, left you in poverty and controlled you. None of your idols would have fought for your freedom. None of your idols would have fought for you to be comfortable being black, to love yourself and have your culture and heritage.

Even in western countries if the slaves didn't fight back and the carribeans in Europe didn't fight. No black person in Ghana would be going their beloved abrokyire ( Western world) and living the so called 'better' life. Even though systematic racism still exists in those countries. You would be going abroad a slave with no rights.

Ghanaians of the different tribes were sophisticated entities even before the Western world knew civilisation. Ghana has it all. Gold diamonds, foods of all balanced diet requirements, history, royalty, wildlife, good land, mountains, valleys, waterfalls, you name it. However, it seems we are still ungrateful. The Ghana before pre colonial times had sophisticated tribes living well and eating well. There were no hawkers or kayayoes. Every tribe was fighting for the betterment of their people through wars. Most tribes had a dictatorship or socialist type of structure. The king ( on rare occasions a queen) was head, with elders supporting in rulership. Yet the people had say and could go to the King or Queen or elders with matters.

Fools were not just put into leadership. The Kings, Queens, Queen mother's and elders were well versed in proverbs, wisdom and trained to lead. The Ewes had a company of elders who lead them greatly into fertile lands. None of the tribes were democracies, yet people were treated as citizens of their tribes and lived by law and order. There was free education for all in terms of proverbs and even the poor had a good standard of living. They were not treated as people on the street no one cares about. Even Solomon the wise Hebrew king was a dictator. Dictatorship isn't the problem here it's being dictated to by a tyrant and a fool. We have seen that can happen in capitalist societies were many tyrants and fools dictate in a so called democracy. Even in Ghana we have seen the greed and stupidity of some politicians in post colonial era in our democratic times. Of course ancient Ghana ( the different tribes before Ghana was Ghana) had it's faults but which society didn't and still doesn't.

The point is Ghana wasn't a country dying of poverty before the English came. Actually many tribes were very wealthy, sophisticated and all could fend for themselves without western intervention. They had art, culture and a societal structure. Things we admire about the west but have always had. The white man is better is a blatant lie that was invented by the colonists to steal from us. If you're not wise after independence they will continue to lie to you that you come from nothing, your skin is ugly, you are not intelligent, you are barbaric and you are worthless among other things. These are all lies.

No, I'm not advocating we hate the west for their past crimes. I'm advocating for us to love ourselves, realise past deception and build our country. The country Kwame Nkrumah and his companions liberated to become a great nation. Where the black human once more rules themself without outside influence and shows their wealth, intelligence, sophistication and culture. Where the joining of many great tribes in peace shows the Ghanaian survives against all odds. The Ghanaian is a creature birthed from the magnificence of its past, the struggle and intellect of its fore bearers and the children who light the way, who love themselves and their country. After being freed from the lies of the colonisers. Becoming more like the white man won't set you free, becoming more like yourself will. Self hate is a terrible thing based on lies and only the truth will set you free. Please don't be mediocre, you're a Ghanaian.

Anti-LGBTQI+bill not to engender hatred for persons, meant t...
41 minutes ago

JB’s two phones tendered in as evidence
41 minutes ago