Joy of six: Yet another Messi night at the Ballon d'or 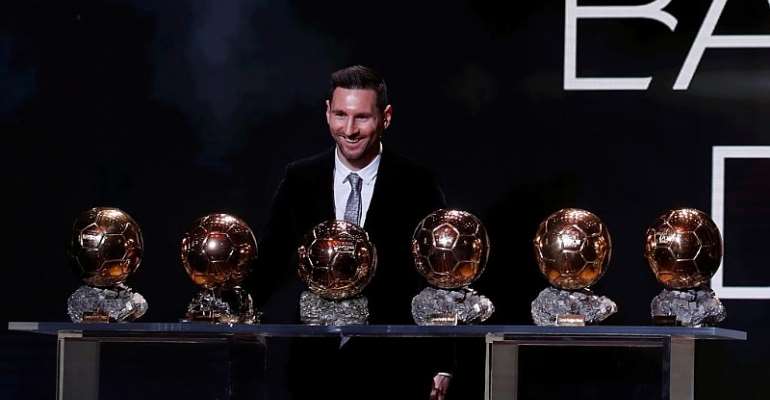 Lionel Messi's entered the record books with his sixth Ballon d'Or in 10 years on Monday night. The 32-year-old Argentine's latest accolade as the best footballer of the year allows him temporary - perhaps even eternal - bragging rights over Cristiano Ronaldo who has claimed the prize five times.

On 2 December, Messi scored his 614th goal for Barcelona in the 1-0 win at Atletico Madrid. The victory restored the Spanish champions to the top of La Liga with 31 points after 14 games.

Four days earlier on his 700th appearance for Barcelona, Messi scored one goal and set up two others as the Catalans beat Borussia Dortmund 3-1 to advance to the last 16 of the Uefa Champions League for the 13th consecutive season.

"I hope I have several years left to keep enjoying my football," said Messi after receiving the 2019 award from last year's winner Luka Modric.

"I am aware of the age I have and these moments are all the more enjoyable because the moment when I have to retire is getting closer and that is difficult.

Time
"All going well, I'll have several years left but at the moment time seems to be flying and everything is happening very quickly.

"I hope to keep enjoying my football, my family, facing my rivals and all of this life that I have."

Messi won this year's Ballon d'Or - organised by France Football magazine and voted for by a panel of journalists from around the world - ahead of Liverpool and Netherlands defender Virgil van Dijk. Ronaldo was third.

"Unfortunately there are a couple of players like Messi who are a bit unnatural," said Van Dijk. "Six times Ballon d'Or ... you need to respect greatness as well," he added.

Candidates
The 26-year-old Dutchman was one of four Liverpool players in the top 10, with Sadio Mane fourth, Mohamed Salah fifth and goalkeeper Alisson seventh.

The latter won a new prize for the goalkeeper of the year, named after former USSR goalkeeper Lev Yashin.

Megan Rapinoe won the Ballon d'Or for best female player after her exploits for the United States at the World Cup.

The 34-year-old won the golden boot and was voted best player at the 2019 tournament in France where the US retained their crown.

She did not attend the gala ceremony in central Paris. In a video message she hailed her inner circle of family and friends.

She added: "I want to say a huge thank you to my teammates, the coaches and the US Soccer Federation for all of the support to allow me to be who I am and to do what I do on the field but also be the person who I am off the field."

Dutchman Matthijs de Ligt claimed the Kopa award for best player under 21. The defender was recognised for his leadership as Ajax surged to the semi-finals of the Uefa Champions League as well as claiming the Dutch title.