Can Nato be saved from the demons of discord? 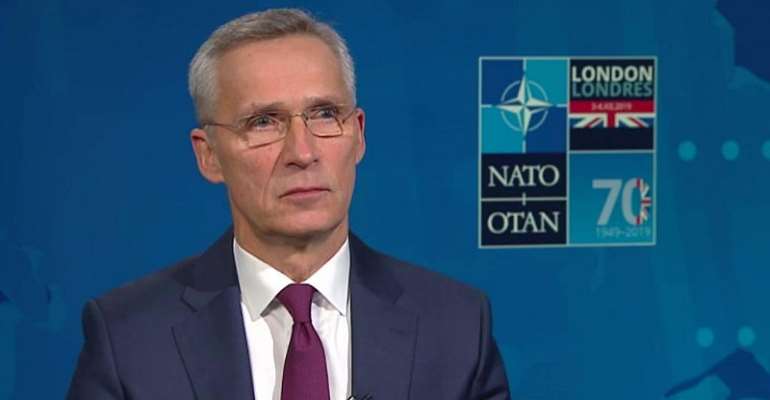 Allied Heads of State and Government meet in London for a two-day Nato summit to commemorate the 70th anniversary of the alliance. But deep divisions are already evident between US President Donald and his French counterpart Emmanuel Macron, while Turkey's Recip Erdogan has come up with strict conditions of his own.

“Very insulting," and a "very, very nasty statement essentially to 28 countries," is how Trump described remarks by Macron calling Nato “brain dead” in an interview published in the 7 November issue of the British weekly The Economist.

In the article, the French leader warns European countries that they can no longer rely on America to defend Nato allies, saying that Europe “stands on the edge of a precipice” and has to start to take care of itself.

But, unlike his predecessor Charles de Gaulle, who temporarily pulled France out of Nato in 1966, sending shock waves through the alliance, Macron seems to be willing to attempt to improve Nato from the inside.

“Certainly such words as 'brain dead' indicate that there is no future,” says Pavel Baev, a political scientist with the Peace Research Institute Oslo (Prio).

“Brain dead is a condition in which you do not hope for a recovery."

But, says Baev, Macron clearly wanted to “bring into focus the intensity of the problems of today,” specifically US leadership of Nato and the problems with Turkey.

Europeans reluctant
Days before the Nato summit, Washington announced it would scale down its contribution to Nato's civil and military budgets, as well as the Nato Security Investment Programme (NSIP) from 22 percent to 16 percent. Currently, Germany pays nearly 15 percent, with France and the UK contributing about ten percent each of the 2.5 billion dollar budget.

The US move is merely symbolic since the bulk of Nato contributions comes from the national defence budgets of the 29 member states. But Baev calls the gesture “entirely reasonable, because the Europeans are reluctant, they need to take a greater share of their responsibilities of their own defence for European security and this is a step in the right direction”.

Nato wants its members to spend at least 2 percent of their GDP on defence. The total of all Nato members' defence expenses for 2019 is estimated at 984.2 billion USD, with the US spending the most with 685.1 billion, followed by the UK with 65.5 billion, Germany with 49.13 billion and France with 47.7 billion.

But the US complains that, while Washington spends 3.42 percent of its GDP on defence, and the UK follows the Nato guideline with 2.13 percent, France spends only 1.84 of GDP on its military, and Germany lags behind with a meagre 1.35 percent.

Different schools
Apart from complaints about the budget, the US doesn't seem to know what it wants from Nato, says Baev.

“Within the US there are different schools of thought about what Nato means. Not just President Trump against the state bureaucracy, but there are different opinions along the whole political spectrum with the 'Democratic left', including presidential candidates Elizabeth Warren and Bernie Sanders, being “quite indifferent with regards to the alliance”.

Meanwhile, Turkey has announced that it will block a Nato plan to defend Baltic countries unless the alliance recognises the YPG Kurdish militant group as terrorists, President Recep Tayyip Erdogan said on Tuesday before a London summit.

Turkey is already at loggerheads with the alliance after its purchase of the Russian-built S-400 missile system. But there are more points of friction between Ankara and Nato.

The alliance has mooted a plan to bolster the defences of Poland, Estonia, Lithuania and Latvia against a potential attack from Russia, though details remain unclear.

Impossible to reconcile
Erdogan said he had spoken to Poland's President Andrzej Duda on Monday and would discuss the YPG issue with Poland and the Baltic countries in London.

"With joy, we will come together and have talks on this issue," Erdogan said at a press conference in Ankara before leaving for London.

"But if terror organisations whom we fight against are not accepted by Nato friends as terror groups, sorry but we will be against all steps to be taken there."

“The character of Turkey's engagement with the Middle East is really of great concern for its allies in Europe,” says Baev. “Probably everybody would prefer to keep Turkey inside Nato, but it is plain impossible to reconcile condemnation of Turkey's actions and the fact that it remains in the alliance. It will be a difficult issue for years to come,” he says.

Your silence on Domelevo’s woes too loud – Vitus Azeem to Ak...
52 minutes ago