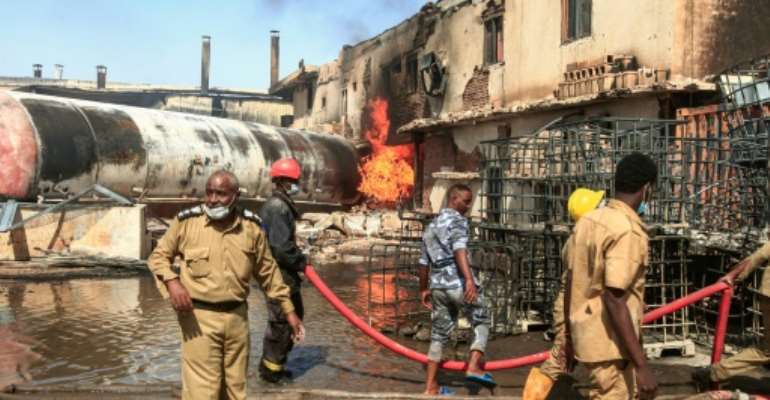 Twenty-three people were killed and dozens injured as a fire triggered by an explosion in a gas tanker tore through a factory in the Sudanese capital on Tuesday, officials said.

Thick plumes of black smoke billowed into the sky after the blaze broke out at a tile manufacturing unit in an industrial zone of north Khartoum, witnesses said.

Police cordoned off the entire area, an AFP correspondent reported from the scene as fire engines battled to douse the blaze.

"A fire erupted in an industrial area because of which 23 people were killed and more than 130 injured," the cabinet said in a statement.

"A blast in a gas tanker triggered the fire."

Preliminary reports from the scene indicate that necessary safety equipment was missing at the site, it said.

"There were also inflammable materials improperly stored, which led to the spread of the fire," the government said, adding that an investigation has been launched.

A doctors committee linked to Sudan's protest movement said the casualties were taken to several hospitals and urged off-duty doctors to help out.

"The explosion was loud. Several cars that were parked in the compound of the factory also caught fire," an employee of an adjacent factory told AFP.