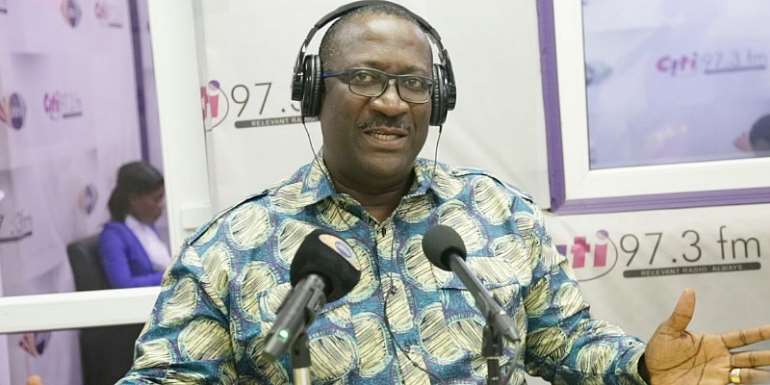 The Chief Executive Officer of Citi FM and Citi TV, Samuel Attah-Mensah, says the reason Citi TV’s War Against Indiscipline campaign is stalling is that the police may be bowing to pressure from authorities from above.

Citi TV launched the campaign in partnership with an enforcement unit from the Police Service.

The campaign was hailed by many for the relief it brought motorists and the revenue it generated for government, as neither high profiled politicians nor everyday Ghanaians were spared.

But months on, the exercise has stalled because of an apparent lack of action from the police.

Speaking on the Citi Breakfast Show, Mr. Attah-Mensah noted that the police had lost steam in recent times despite the willingness and support from Citi TV and even the Driver and Vehicle Licensing Authority.

“DVLA has given us a whole bus. The bus is still sitting down. And one of the major problems of the police is a lack of resources. What have the police done? Nothing! I am not just saying this to blame the police because there is an upper hand that is also directing them.”

“The people with the mandate to execute; everybody is looking over their shoulder because they want validation from someone else.”

Mr. Attah-Mensah also noted the increase in indiscipline on the roads amid the lack of action from the War Against Indiscipline campaign.

“I was on the motorway over the weekend and people were just doing U-Turns and I just weep for this country.”

The War Against Indiscipline was started by Citi TV in May 2019 and in June the station roped in police to name, shame and punish persons who break road traffic regulations.