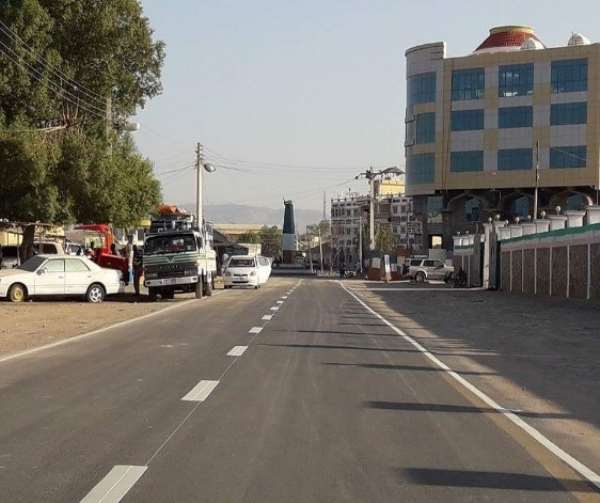 In the afternoon of 11 November, I and with my two colleagues were piled up three backpacks which our belongings inside, fueled and driven my private car to head all the way to Berbera, coastal city along one of the biggest ports in the Horn of Africa.

My trip was a business trip that I and my friends made ready for weeks. We shopped as normal a shopping mall in the east of Hargeisa Kaah super market, which normally travelers and shoppers errands.

We seated in the car and belted for comfort and safety precautionary, We tune A bundle and of best Somali lyrics with sweet composition by singing Waberi legends (Somali classical music band who took another level for Somali music in the olden days), as well modern Melody, listening one song after another was amazing and it took us to another world (probably, a universal with lot of shining stars, a glowing sun and above that, a world which is free from Human disruptions and wrongful acts).

On just 30 km away from Hargeisa, we came across the debris and wreckage by the demolished road, the rehabilitations and reconstruction of the old main roadway was underway, and it had recently started. You can see happiness and expectations from the young recently graduated engineers who employed road reconstruction.

I drove by the roadside almost 30 km to give space for the engineers and road construction workers, although it hard to run off the road I had the patience and expectations in the reason for seeing better corridor.

Parked the car somewhere between Hargeisa and Berbera with a name Lafarook (small village that has an Inn serve cuisine for travelers) to have lunch and relief and besides that, perform prayers to spiritually refreshed.

We arrived in the city of Berbera on sunset in a winter day, and the city welcomed us to a calm, pleasant and cold climate.

When you arrive in Bebera you believe it is the trade hub in East Africa. Large ships importing groceries, packaging and building materials are harbored, others dispatched from the port to transport livestock to the world especially the Gulf of Aden while small fishing boats touring around.

Most people in the city are workers who go about their daily and nightly work, they operate in the port of Berbera working in various professions, such as laboring, technicians, civil servants, soldiers and management, traders and many others. The city I visited today and the city I visited in mid-2010 are two completely different cities.

The city's rapid growth, high-rise buildings, growing business, busy economy and cleanliness have made Berbera a place to attract all the people of the region and the world. With so many neighborhoods growing in the city, the city has now transformed into a convenient residential location while in the past years was more difficult for families to settle down and it had been difficult for workers and businesses operating in different sectors in this city.

The most beautiful street in all of Somaliland cities is the palm avenue, recently built on the city's main entrance, the city council where I have been to a lot of meetings and many conferences I've had with and realized their hard works in social and urban development.

On many occasions, I have been involved in various conferences and meetings with local government officials, and I have found that a very active group of young professionals manage the local government work in the city of Bebera and this is the fruit of mass people recognized nowadays.

The deep throaty rattle sounds of the black crows, the sweet breeze coming from the Red Sea beach, the wheezing by the tall beautiful and shady Damas trees (Conocarpus lancifolius) and the warm winter weather in which the Berbera city is unique is the soul's desire to stay in the city for some time.

The old homes and the long history of relics take you back hundreds of years, as long as you think you lived in the ancient civilization of the Berbera residence.

Boodhari Cemetery, the Father of Love in Somali contemporary History.

In elementary school I was taught Somali literature and stories about the love of Elmi Ismaaciil Liibaan, Nicknamed Elmi Boodhari and to his beloved girl, Hodan Abdulle Walanwal. I used to ask myself why Boodhari wasn’t left out of a girl he loved but didn't she accept, but when you get older you realize the essence feelings of love.

Boodhari, one of the world's most devastated victims of the love affair, has been used for home in Berbera for over 80 years now.

The bard Hadrawi (Mohamed Ibrahim Hadraawi, Somali poet who profoundly consider as a Somali Shakespeare, recited a poem on the tomb of Boodhari, that poem that stirred the enthusiasm and emotions of men, and at the same time reflects the tricky of love that women do to men. I translated as this

The king in annoyance and angry
Lost by Delinquent
Loving with tricky
O elmi, the victim
Being asked the power of poem
And elaborating by examples
Congratulations and greetings
Accept me the gift
I'm sure
Hard work in the world
You reaped in here after.
The Berbera Municipality administration has told to the BBC that, they have erected a monument in commemoration of the love of Elmi Ismail Liban. This statue (Bakery statue) was imitated to where the Elmi Bodhari work began when he arrived in Berber as revealed to BBC by Jim’ale Abdulahi director of planning department in Berbera Local government.

Written By: Saeed Hashi
Analyst for Politics, Democracy, Economy and Peace in the Horn of Africa and the Middle East