Will France's attempts to tackle conjugal violence change anything? 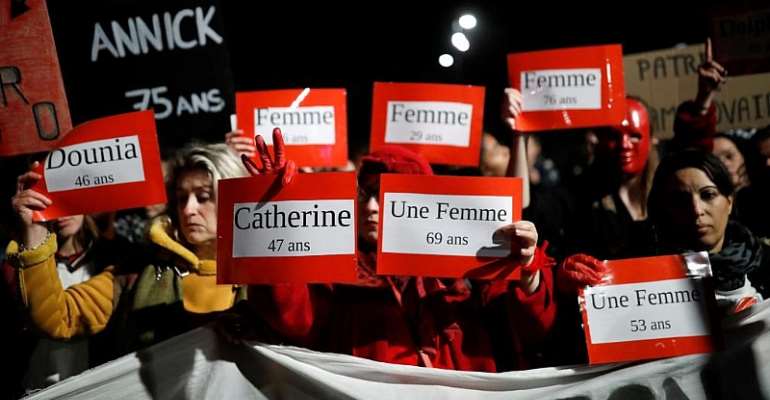 The tracking and publicising of femicides in France - as many as 137 so far this year - has pushed the government to announce a raft of measures and proposed changes to the law. But with no extra public funding, feminist organisations insist nothing will change. So is it all hot air?

After a three-month consultation (Grenelle) on how to tackle conjugal violence, the government announced more shelters, more training, better guidelines... and most significantly changes to the law which will go before parliament early next year. Catherine Le Magueresse, a lawyer specialising in sexual violence, gauged the impact this will have on women and the way mentalities are evolving in France.

Q: A new clause relating to harassment and “psychological control” is to be written into France's criminal code. The prime minister admitted the authorities had underestimated the scale of the problem and said an "electric shock" was needed. So how important is this change?

Catherine Le Magueresse: Psychological control is central to any feminist approach to violence against women because it's the way perpetrators are abusive. It prepares the victim to cope with other forms of physical and sexual violence. Some jurisprudence around this psychological control already existed, but not in law. So the fact it will be written in law is a major shift.

And what's very important, and might be a future change in the law, is that suicides could be linked to this notion of psychological control, with up to 10 year jail sentences for the perpetrator.

Q: So if the perpetrator was found guilty of pushing the victim to commit suicide, or trying to push her, risks a 10 year sentence?

CLM: Exactly. We already had [the notion of] psychological violence in penal law but it wasn't taken seriously by the courts. The fact that it could now be linked to suicide gives it more weight. The courts will be aware that when the lawyers say 'there is psychological violence' they won't wait for a suicide to happen but will take it into account from the beginning.

Q: There will also be changes to the rules covering doctor-patient confidentiality so doctors or health workers could report suspected cases of abuse.

CLM: This might be what is called a fausse bonne idée [not such a good idea]. It says that if a doctor sees a patient that he thinks is really in danger he will be able to tell the prosecutor, but without even telling her. This is problematic to me because the whole point of working with women victims of violence is that we are trying to build the autonomy they've lost through violence. So if you deprive them of their right to organise their safety, that's not how you build autonomy for women.

And furthermore, if a doctor thinks a person is unable to protect herself he can [in some cases] already inform the authorities. So this is not entirely new.

Q: Several practical measures are to be introduced including more places in refuges from the beginning of next year and the opening of 26 centres to house perpetrators of domestic violence. The prime minister said “It is for the author of domestic violence to leave [home] rather than the victim”. Is this a real step forward in France?

CLM: It's not new, but it's interesting and it's due to the pressure of the feminist movement and of the recent protest. We've been asking for it for years so it's important the centres exist. But how do we make sure that for example the stages de responsabilisation - where perpetrators learn to acknowledge their violent behaviour and reflect on what it means to be a man - are properly run? Part of the problem is who is doing the training.

Q: The police will also be able to confiscate firearms held by anyone as soon as they are reported as violent.

CLM: This seems like common sense. Men who go hunting have weapons and we know some femicides were committed with such arms. A recent study showed that 60 percent of women who were killed had already filed a complaint. So for sure it would have been common sense to remove the arm from the house earlier.

Q: Other measures include new guidelines for the police to be able to better evaluate the levels of violence, extra staff in police stations, a round the clock helpline... According to the National Observatory for violence against women, of the 220,000 women who declared themselves victims last year, less than one out of five pressed charges. If the new measures are implemented, will this encourage more women to come forward and file a complaint?

CLM: If we are to tell women 'go and file a complaint and go in front of the courts', we also need to give the courts the means to work properly. We're one of the countries with the fewest judges per capita in Europe. It needs to be taken care of. That means money for women, but also money for justice and for the police in order to have people who can do their jobs properly. Today a judge who wants to work properly can't do it because he doesn't have the means to do it.

We also need more police officers. They're the ones doing the investigations and we know those enquiries take time. So if it takes time we need more people. Again it raises the question of the budget.

Q: The government has announced it would allocate €360m from the budget to combat domestic violence as part of the €1bn gender equality budget.  Feminist groups say €1bn is needed for conjugal violence alone and even the government's own Council for Gender Equality estimated that between €500,000 and €1 billion was necessary. It would seem the funding isn't there?

CLM: It isn't there. And we also know that for example violence against women costs €3.5bn per year. A study showed that when you take into account all the health costs, the fact the woman has to change jobs, and that if she dies there's the cost of taking care of the children, all that comes to €3.5bn a year. So when we ask for €1bn, it's not that much compared to the cost of violence against women.

Q: So is the lack of funding a lack of political will?

CLM: I think it is. We have to keep up the pressure on the government and to get this money because it's owed to women, it's owed to kids, it's owed to the families of the victims. We can't accept that in France so many women are killed when those killings could have been prevented. And we're a rich country, it's not like we don't have the means, it's just a question of priority.

In Spain they put €1bn into their policies [to fight conjugal violence].

Q: Was Grenelle nonetheless useful?
CLM: We've been talking about violence against women a lot in the media. On the front page of the newspaper Journal du Dimanche, the justice minister Nicole Belloubet recognised that the justice system was failing women. It's the first time we've ever heard that from a ministry of justice. That's very important.

I also think all the talk around Grenelle has contributed to change the way we look at violence against women. So if a neighbour hears his neighbour shouting for help he will call the police, whereas before he might have not.  This is a real change in real life of people in France.

It used to be said that women tended to exaggerate, that they were not in danger. Now it's recognised that women are in lethal danger. This is a real change in the mindset.