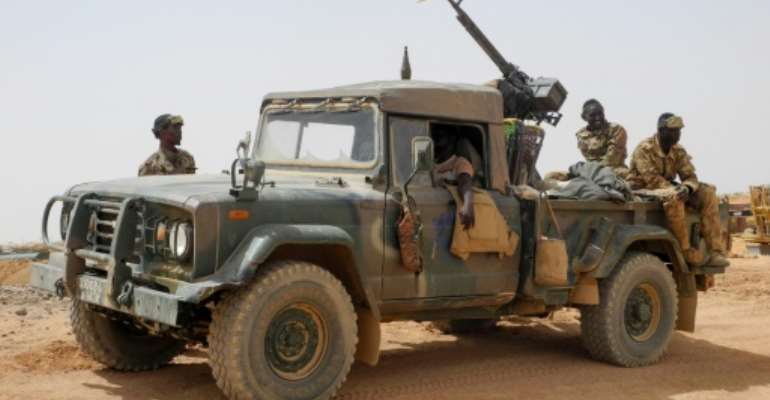 In the firing line: The Malian armed forces. By Agnes COUDURIER (AFP/File)

Two soldiers were killed and seven were injured by a roadside bomb in central Mali on Monday, the army said, in the latest deadly incident to hit the conflict-ridden West African country.

The attack follows the deaths of 13 French troops in a mid-air helicopter collision last week as they were chasing jihadists in northern Mali.

Mali has been struggling to contain an Islamist insurgency that erupted in the north in 2012, and which has claimed thousands of military and civilian lives since.

Despite some 4,500 French troops in the Sahel region, plus a 13,000-strong UN peacekeeping force in Mali, the conflict has engulfed the centre of Mali and spread to neighbouring Burkina Faso and Niger.

Mali's armed forces announced on Twitter late Monday that nine troops were injured by a homemade roadside bomb in Diougani, a village in Mopti region near the border with Burkina Faso.

Two died later of their wounds, the army said.

At least four Malian soldiers have been killed by such bombs since last month, as well as two from Burkina Faso and one from France.

More than 140 Malian troops have died since September, including 43 in a single ambush last month.