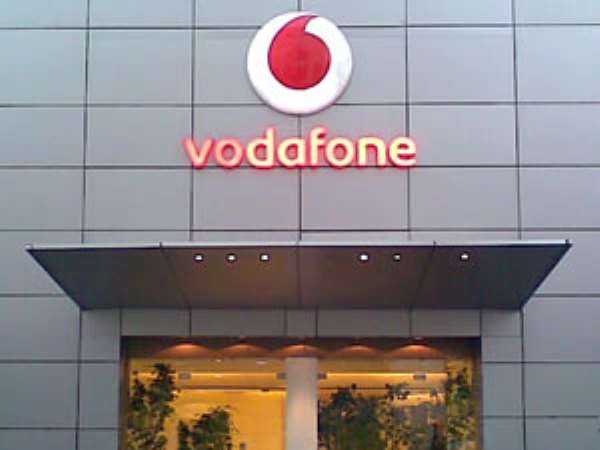 It has been barely six months since Vodafone Ghana launched its 4G network, but the telco said they already need more 4G spectrum because customers are hungry for more.

Vodafone was the second telco to launch 4G in Ghana on the back of a 2×5MHz spectrum lot in the 800MHz band, which they acquired at a reported US$30million.

Speaking with visiting executives of the Network of Communication Reporters (NCR), Vodafone Ghana CEO, Patricia Obo-Nai said they even spent more money deploying the 4G network on the back of 200 base stations, and they expected customer uptake to grow gradually for about one year before they would need to make another investment, but the network got congested from day one.

According to her, they were compelled to bring in extra equipment and rollout 250 more base stations, which they have just completed.

She, however, believes the telco is already at a point where it needs more spectrum because "starting a 4G network with 200 base stations was a good place to start but obviously the demand is growing faster than expected so more spectrum rather than equipment is the way to go now, to expand further and even better the service quality."

Patricia Obo-Nai said data production depends on either more equipment or more spectrum and both options are expensive, but that is an investment Vodafone is committed to making, while expecting the regulatory environment drives growth across board.

She explained that Vodafone had always maintained that spectrum price in Ghana is relatively too high, and the government's spectrum policy seem to be helping a skewed growth to the detriment of several industry players.

Patricia Obo-Nai said there is no real long-term benefit is pricing spectrum so high, and denying many players access and or denying them the money they rather need to invest in deployment for wider accessibility and long-term benefit.

"When we invest in network expansion, it has a multiplier effect of extending coverage to many people, providing the enabling environment for job creation, providing direct and indirect jobs to vendors and their agents, generating revenue for both local and central government as well as for regulators, and many more.

"It is about time to take a second look at the spectrum policy framework with the view to providing direction for even more investment, particularly in higher technology, as data available indicate 4G coverage (between Vodafone and MTN) is only 6%," she said.

She argued that if the cost of spectrum is affordable, it is not a favor to the telco but goes a long way to ensure bigger investments into providing better quality of service and dealing with challenges in highly congested communities among other things.

The world is already going 5G and even discussions around 6G has started. Meanwhile, Ghana still has very low 4G coverage and several 4G spectrum licenses are largely dormant, and many may never get deployed.

Attempts by some telcos, including Vodafone, to partner BWAs for the wider deployment of 4G has been prevented by the regulator on two grounds - alleged lack of regulatory framework for such partnership, and to prevent telcos from entering the 4G space through the "window", after MTN had entered through the "door" by paying a whopping US$67.5 million for their 4G license.

The Vodafone CEO was also worried after they have been compelled to make all the heavy investments into deploying the service, rampant fibre cuts also rears its ugly head and disrupts their service quality, creates additional operation cost for them, damages their reputation and eventually attracts regulator sanctions.

She said Vodafone has an effective performance-related strategy between them and their vendors to ensure proper protection of their underground fibre and cables, but the state needs to also be interested in protecting telecom infrastructure just as they are in protecting water and electricity infrastructure.

"It is sad that when people damage water pipes and electricity cables in the course of any construction, they are required to repair it by themselves, but when people damage telecom fibre and cable, it is the affected telco that fixes the fibre. That situation needs to change." she said.

Apart from thieves who steal cables, the Vodafone CEO said most of the fibre cuts are caused by government road contractors and private real estates developers, but very often, these people get away with it and the telco is left to face the brunt of it.

She said Vodafone does have microwave infrastructure that carry the network quite well, but fibre is high speed and carries a lot of data, and even the Communications Ministry agrees that it should be treated as a National Security asset but that is get to happen.

Patricia Obo-Nai believes if National Security makes it their business to protect telecom infrastructure and lift that operational cost from the telcos, it will go a long way to benefit the general public in terms of better quality of service and even affordable services.

Dean of NCR, Charles Benoni Okine assured the Vodafone CEO that NCR is willing and ready to create the platform for a national discourse on policies that affects the industry in ways that benefit all stakeholders.

He believes journalist has a role to play in shaping policy for the betterment of the country, adding that NCR exist for that purposes, particularly with regards to the telecoms and ICT industry.

The Dean, however, express the hope that industry players would show commitment to building the capacities of journalists to continue to play their roles more effectively