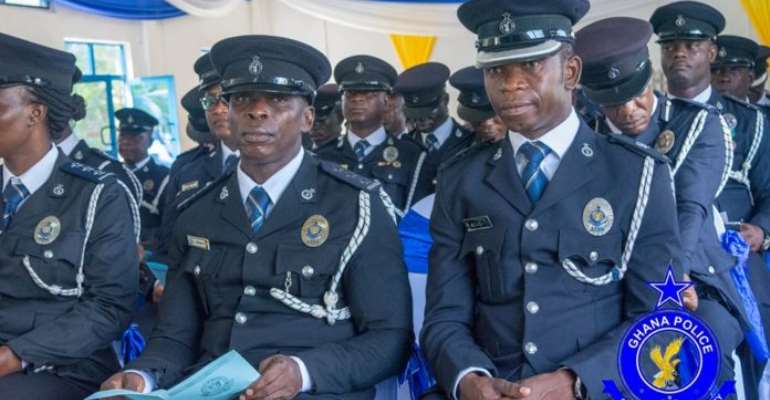 The Ashanti Regional Police Command has launched ‘Operation Father Christmas’ to strengthen security situation in the region ahead of the Christmas festivities.

The exercise is aimed at curbing the nefarious activities by criminals before, during and after the yuletide which will include 97 police officers and 12 Senior Police Officers drawn from all the districts within the region as they paraded and marched through the principal streets of Kumasi to give assurance to the general public about their preparedness to combat the criminals.

They will lead the operation to ensure protection of traders, travelers and people in the region as well as properties.

The Ashanti Regional Police Commander, COP Mr. Kwesi Mansah Duku addressing the media at the regional police headquarters said measures have been put in place to strengthen security situation in the region adding that Police officers will be deployed to be on major roads in the region to help reduce or tackle highway robbery and reduce traffic situation.

COP Mansah Duku advised the general public to be security-conscious and help the police with information to deal with criminals and robbers.

Regional Commander cautions Personel
The Ashanti Regional Police Commander charged personnel in the region to eschew all forms of negative behavior that will bring the name of the police administration into disrupt during and after this Christmas and New Year festivities.

"We are not going to allow anybody to tarnish the reputation that we have built. ...I expect you to work hard. Be professional in whatever you are going to do. I will not tolerate any form of indiscipline from you. Let us give our best to mother Ghana", COP Mansah Duku said

According to soft spoken Regional Commander, personnel in the region are prepared to clamp down on criminal activities before, during and after this Christmas and New Year festivities.

“During this period, we have the criminals also trying to infiltrate to take away from people. They are also going to give us problems, and that is what we are going to prevent", he said.

According to COP Mansah Duku, the Command will also deal ruthlessly with any officer found extorting monies from suspects and those found misconducting themselves in the course of duty charging the officers to be professional in the discharge of their duties.

“Wherever you found anybody riding a motorbike which is unregistered, please arrest and impound the motorbike and bring it here", COP Mansah Duku charged.

He also urged the public to cooperate with the police by giving credible information as they aim to maintain law and order throughout the festivities.