Some women in Ghana are Wicked: Ghanaians Abroad be Warned! 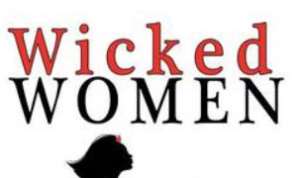 Most Ghanaians travel abroad in their youthfulness. Many Ghanaian men and women travel abroad with the hope that when they are able to regularise their stay they will then go home and get married. It is mostly the men who go home to marry these Ghanaian women. This article will discuss the wisdom, or otherwise, of the steps these Ghanaians take to choose their partners in Ghana. All the stories here were picked from actual happenings. Only the names have been changed.

Wiafe studied in London and obtained his first degree. He decided to go to Ghana to marry the woman he found on Facebook. Wiafe came to Ghana to perform the marriage rites. Before he left Ghana, the woman told him she was pregnant. This obviously delayed her joining him in London. When the child was two years, he came home to apply for visa for mother and child. The British Embassy demanded a DNA test on the child. The test showed 0.01%. This means Wiafe is not the father of the child. Wiafe had to end the marriage. He is now living happily with a law student he found at the University where he is doing his Masters degree.

Edward lived in a German city called Berlin. One Saturday he visited a friend who lived ten kilometres away. His friend was busy cleaning the house. Edward sat down in the sofa. His friend gave him an album to look through while he cleaned the kitchen. While looking through the album, he saw the picture of a very beautiful lady. He fell in love with the lady. His friend assured him that if he was interested to marry her, he could help him. The link was established and Edward began to communicate with her. Within eight months the love between them intensified. Edward instructed his parents to perform the marriage rites for the lady and the marriage was registered at the Metropolitan Authority. The lady applied for a residence permit and a visa at the German embassy to join the husband. It took her six months to get the visa. When the lady finally arrived in Berlin, Edward organised a welcome party for his new wife. About a hundred people attended. The party came to a close at midnight and the revellers went to their various homes. Edward and his wife retired to their home. When Edward wanted to have sex with her, he discovered to his utmost shock and surprise that her wife was a hermaphrodite! (She had both male and female sexual organs.) Edward had never seen anything like this before. He jumped down from the bed, dressed up hurriedly and rushed out. Dear reader, if you found yourself in this situation what would you have done?

In another development, the couple, Charles and Diana, lived in a single room apartment in Kumasi. Charles, a cobbler, had a child who was fourteen, and Diana too had a twelve year old girl. Diana was jobless but Charles worked hard making and repairing shoes. One day after church service, the presiding elder approached him with the good news that he, Edward, had been selected to travel to London with six church members at the invitation of a sister church in London. They secured the visa without any problem. They left one Friday via British Airways to London. After three weeks in London, the group returned to Ghana. Conspicuously absent was Edward who refused to return to Ghana.

While in London, Charles worked very hard. Even though he had no residence and work permit, he was able to get a job at a hotel where he cleaned the rooms and changed bedsheets. In the evenings he worked at a jeans factory. He slept for five hours a day. He sent money frequently to the wife. He saved a lot of money these five years of carefulness and hardworking. He told all his problems to a co-worker who was a Nigerian lady with residence and work permit. The lady agreed to ''marry” Edward on paper.' She charged him 2000pounds. Charles finally regularized his stay in the U.K. After divorcing the Nigerian lady, he called his wife in Ghana to break the good news to her. He assured her that he would make sure they build their own house in Ghana before she finally joined him in London. He sent money to Diana to buy a double plot because the building plan he would be sending to her was designed for twin houses. All was set. The double plot was ready, the architectural plan was also sent. Through several remittances, he was able to send money for the building on regular basis. Within one and a half years the twin houses were complete with colourful floor tiles.

Charles came to Ghana to see the twin buildings. When he saw the twin houses, his joy and excitement was irrepressible! The following day they went to the British embassy. The visa was finally granted to Diana. She joined the husband to London. Her sister moved into the house to take care of the children. After just nine months in London, she decided to come to Ghana for a month to see how the kids were doing. As soon as she arrived in Kumasi, she called the husband and told him that she was no longer returning to London and that he was free to marry another woman. Charles, in anger and frustration, told her to move out of his house with immediate effect. The woman replied that she was living in her own house and that if he had any document to show he should provide it in a court of law. Charles rushed down to Ghana and contacted a lawyer. After hearing what Charles had to say, the lawyer asked him if he could provide money transfer receipts as proof that he was sending money to the lady to build the house.

Unfortunately, Charles threw all the receipts away. The lawyer advised him to go to the wife and plead with her to give him one of the houses. Charles agreed and went to the house with two elders of the family and two former classmates. They met Diana, her parents and other family members. Diana refused to accept Charles' plea. To give him one of the houses was out of the question. Charles and his people stood up to leave. Diana and her relatives followed and hooted at them. Diana's mother was right at the ear of Charles' classmate and hooting also. He hurled his elbow swiftly behind, landing accidentally on the cheek of Diana's mum. She fell down and hit her head against a stone. The woman was dead! They all took to their heels and escaped in their car. Charles remained and knelt by the woman. The police were called in and Charles was arrested. He was finally sent to court and charged for his inability to produce the culprit and was jailed for seven years!

This last story is quite similar to the previous one I shared. Desmond lived and worked in Canada for five years. His sister recommended a lady for her. After communicating with her for about six months, they fell in love with each other. Desmond instructed his relatives to seek the woman's hand in marriage on his behalf. Desmond put his wife in control of the building he had started three years before he got married. The two-floor villa was completed in a short time. Desmond decided to come home to see the wife and the villa for the first time. He came home and within a week the woman was bedevilled with wicked plans. She wanted to own the house at all costs and by any means necessary. She hired thugs to come into the house one night and kill Desmond. The woman did not lock the main gate and the door leading to the house. The thugs came in at dawn and murdered Desmond in cold blood.

Women in Ghana, is that the way to go? Your greed and winner-takes-all attitude have caused many Ghanaian men abroad their deaths. How long will our ladies be so wicked! Lord, have mercy!

Museveni apologises over son's Twitter rant on Kenya
10 minutes ago

Paramount Chief of Bunkpurugu commends Bawumia for his good ...
19 minutes ago