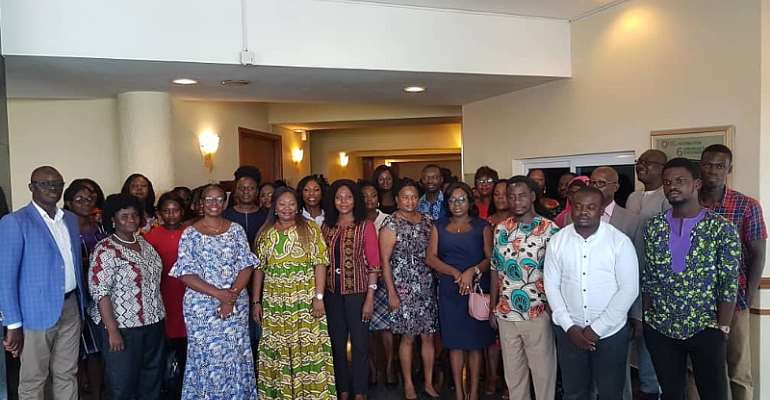 Mrs Clara Beeri Kasser-Tee, Head of Chambers Kasser Law Firm, and a lecturer at GIMPA has said, women needed to be empowered to help bring the desired change in the fight against corruption.

She said there must be a system whereby women would feel free to talk about their concerns.

According to her, women are mostly affected by corruption so they must be actively involved in its fight.

"Women and girls are among the most affected, not least because they account for the largest proportion of people living in poverty, and because corruption exacerbates existing inequalities as a result of asymmetric power relationships,” she explained.

She said this at forum organised by Ghana Anti-Corruption Coalition (GACC) with support from United Nations Development Programme (UNDP) on the Role of Women in the fight against Corruption in Accra.

Citing the findings of a UNDP research, in 2012, Mrs Beauty Emefa Narteh, Executive Secretary, GACC, said, about 70% of women, in especially developing countries, responded that corruption had prevented their access to public goods and services.

Sex, they said, was demanded from them as bribes, thus sexualising their encounters with corruption, according to another research conducted by Hossain, Musembi and Hughes in 2010.

She added that, though women constituted half of the world’s population, they were the least engaged in discussions on corruption, the most pressing issues to development and social justice.

She noted that, equality and equity to allow for a greater understanding of the links between gender dimensions and corruption.

It also hampered development and affected the enforcement of human rights, particularly, of the vulnerable including women and girls

Mrs Nartey said corruption was a complex and multi-dimensional phenomenon that affected the essential principles of democracy and rule of law.

Nana Teiba Chinbuah, Head of Governance, UNDP, said anti-corruption had been a priority on the good governance agenda because corruption impacted negatively on the development of a country.

It erodes confidence and trust in the public sector, threatening economies by undermining fair competition and discouraging investment and trade,” she said.

“It prevents social inclusion, promotes inequality, inhibits prosperity, reduce resources for poverty reduction (as resources for development are diverted) and deprives the poor and vulnerable of advancement opportunities”.

Nana Chinbuah said as women constituted the majority poor, they were affected by the corruption cycle for the disadvantaged, noting that poor women as primary caretakers of their families, depended more on public service, where corruption affected quality and access to services.