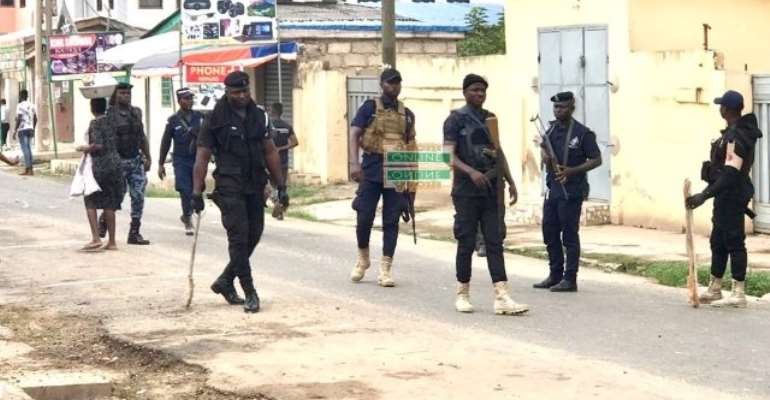 Five Nigerians and four Ghanaians have been picked up after traders from the two countries clashed at Tip Toe Lane, near the Kwame Nkrumah Interchange in the Greater Accra Region.

The traders pelted the police personnel who had visited the scene to restore calm with stones and caused damage to shops and also smashed the rear windscreen of a police vehicle.

Trading activities also came to a stop and about 54 shops, mainly mobile phone retail shops were locked up.

The clash happened after the leadership of the Ghana Union of Traders Association (GUTA) locked up some shops belonging to foreigners in the area as part of efforts to rid the Ghanaian market of foreign traders engaged in retail trade, in consonance with the Ghana Investment Promotion Act Centre Act, 2013 (Act 865). 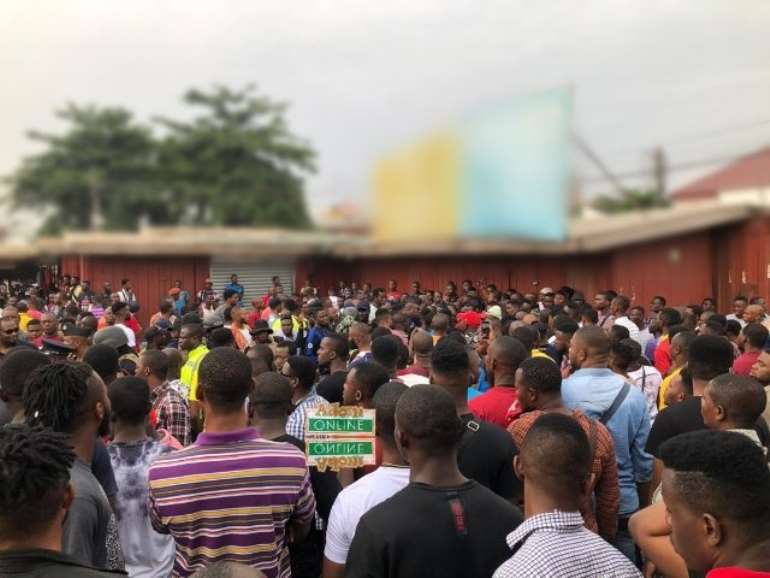 The foreigners, whose shops were locked, are mainly Nigerians who belong to the Nigerian Union of Traders Association Ghana (NUTAG). 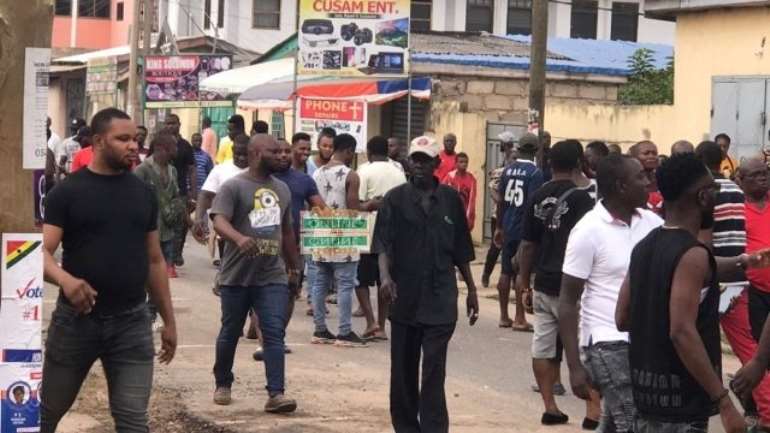 Briefing the Daily Graphic, the Public Relations Officer of the Accra Regional Police Command, Deputy Superintendent of Police (DSP) Mrs Afia Tenge, said at about 6:15am, the command received information that some executive of GUTA had closed shops belonging to foreigners, mainly Nigerians, at the Tip Toe Lane. 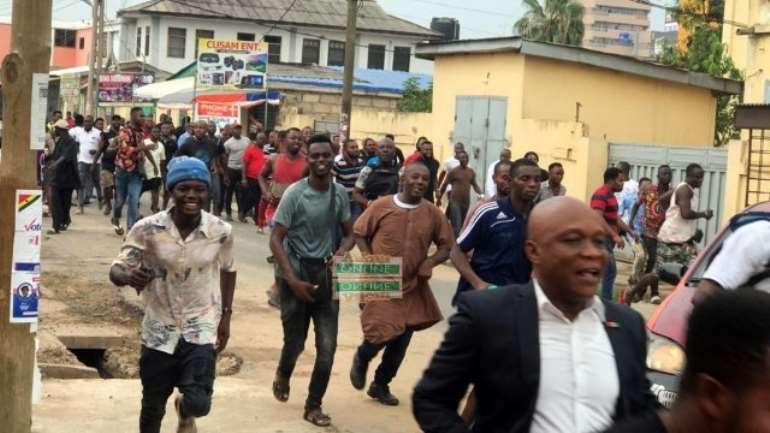 She said the owners of the shops tried to force open their shops, resulting in a confrontation between the two parties and leading to destruction of property.

Mrs Tenge said the command picked up information that traders whose shop had been locked up had armed themselves with stones, clubs and knives in their bid to fight back.

When a team of policemen, led by the Accra Regional Police Commander, Deputy Commissioner of Police (DCOP), Mr Fredrick Adu Anim, arrived at the scene, the rioters pelted them with stones.

The chaotic situation led the police to repel the attack by firing warning shots to control the crowd.

In the melee, the back windscreen of a police vehicle was smashed.

The police arrested nine persons, who were alleged to be among the rioters, and have placed them in police custody to assist with investigations.

Later on, a team of policemen, led by the Nima Divisional Police Commander, Assistant Commissioner of Police (ACP) Mr Abraham Acquaye, also arrived at the scene and patrolled the area to maintain order. 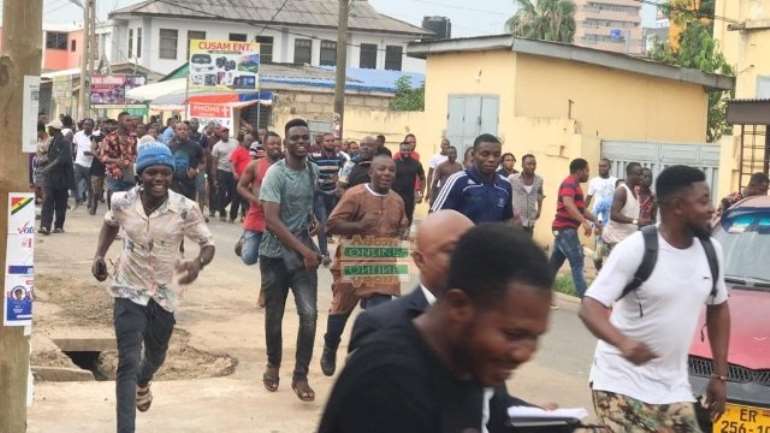 In separate interviews, traders on both sides blamed each other for starting the riot and destroying the peace that existed between the two sides.

While the Nigerian traders called on the governments of Ghana and Nigeria to intervene to resolve the impasse, the Ghanaian traders insisted that the Ghanaian government must enforce Section 27 (1) of the GIPC Act that barred foreigners from engaging in retail business.

One of the traders, Mr Edwin Abram, said the retail business was the preserve of Ghanaians “and so we do not understand why our Ghanaian leaders are looking on for foreigners to take over our space and deprive us of our livelihoods and income.”