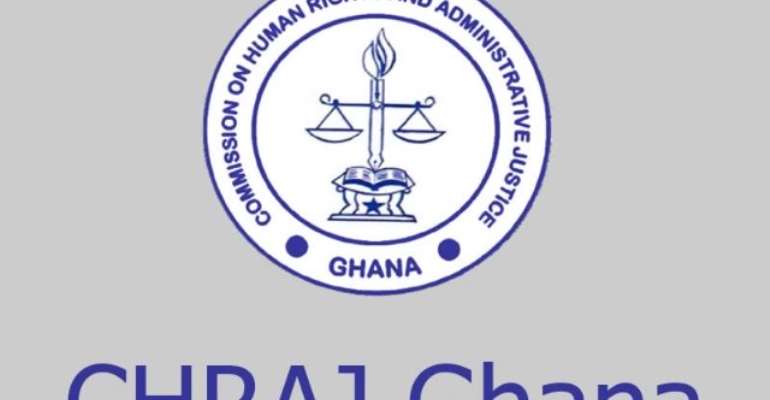 The Commission for Human Rights and Administrative Justice (CHRAJ on Monday launched the Anti-Corruption and Transparency Week.

This year’s celebrations will take place between the 2nd and 9th of December 2019 and the theme is “NACAP: Mobilizing National Efforts and Resources to Combat Corruption, Five Years on”, bringing together stakeholders from government, public and private sectors, academia, media, civil society and the general public among others. The Launch event will be attended by the Guest of Honour, Ghana’s Ambassador to France, Her Excellency Anna Bossman.

The ACT Week is organised by the Commission for Human Rights and Administrative Justice (CHRAJ) in partnership with the Office of the President, the Attorney General’s Office, Judicial Service, Economic and Organized Crime Organisation (EOCO), National Commission for Civic Education (NCCE), Ghana Police Service (GPS), Bank of Ghana, Financial Intelligence Centre (FIC), Ghana Anti-Corruption Coalition (GACC), PenPlusBytes and other stakeholders, with the support of the European Union through its Accountability Rule of law and Anti-corruption Programme (ARAP), implemented by the Spanish public foundation FIIAPP.

The ACT week will feature a myriad of activities at both the national and sub-national levels. Key among them are the Official Launch of ACT Week on December 2; International Forum on Assets Recovery, Money Laundering and Mutual Legal Assistance on December 4, Forum on Integrity for Youth on December 5; and the NACAP High Level Conference to commemorate the International Anti-Corruption Day and the GII Integrity Awards on December 9. The Ghana Anti-Corruption Coalition, with the support of OSIWA, will be conducting regional outreach activities in markets, churches and mosques, with two final floats on December 7 in Ho and Takoradi. In addition to these activities, a TV advertisement has been produced and will be airing on national television throughout the week, highlighting the joint collective efforts taking place throughout Ghana to curb corruption.

Corruption continues to be a problem that has permeated every sector of global economies. With its devastating effects, it undermines sustainable development and is an affront to human rights. It further distorts markets, competition, institutions as well as entire governance structures.

Arguably, corruption has been identified as a major root cause of poverty, deprivation and underdevelopment. In the particular case of Ghana, the high prevalence of corruption has resulted in poor service delivery and a lack of access to basic necessities of life. Corruption is equally a threat to Ghana’s democratic ideals (particularly the rule of law, justice for all and equality before the law).

Against this backdrop, the ACT Week is a platform that seeks to create a national discussion to assess the implementation Ghana’s anti-corruption policy, the National Anti-Corruption Action Plan (NACAP) and reinforce commitments by implementing partners for the years ahead.

The ACT Week also seeks to reinforce the ever-pressing need of making corruption a high risk and a low gain venture in Ghana whilst creating the needed public awareness on the dangers of corrupt practices. The different events will further advocate for sustained inter-agency collaboration and partnerships as well as the need to adequately resource anti-corruption agencies.

COVID-19: Finance Minister Authorised To Spend GHS1.2bn From...
57 minutes ago