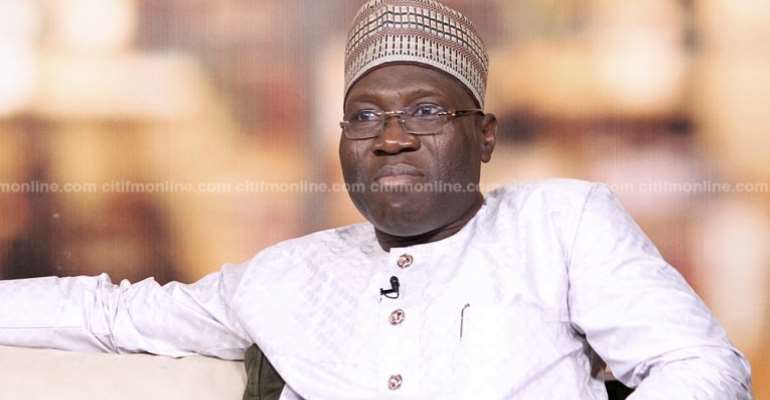 The Ranking Member on Parliament’s Constitutional, Legal and Parliamentary Affairs Committee, Alhaji Inusah Fuseini, insists that President Akufo-Addo's decision to suspend the December 17th referendum makes him a dictator and a tyrant.

According to him, what the President did was to control and direct affairs of the Electoral Commission and to him, that is unconstitutional.

“What the President has done is to call back power which has been vested in the Electoral Commission. It has constituted him into a dictator and a tyrant. That, when he comes out with a policy, and fears that the policy will be defeated, he must take a retreat. That flies in the face of rule of law, and it is very undemocratic and that does not reflect the will of the people,” he argued.

“The Electoral Commission in the performance of its function is not subject to the direction and control of anybody. What the president has done is to control and direct affairs at the Commission and that is unconstitutional,” he added.

Speaking on Eyewitness News on Monday, Mr. Fuseini explained that the decision to amend Article 55(3) lies in the power of the people of Ghana and not the President.

He further noted that the Minority MPs are monitoring the development and will find possible ways of dealing with the matter.

“There are many options and we are still studying the matter. At the appropriate time, we will settle on an option to deal with the President's action.”

“The decision to amend Article 55(3) is a decision vested in the people of the country. For the purposes of the referendum, the people of this country, including the President, the opposition, the Members of Parliament and my friends at the trotro station who are registered voters have that power,” he said.

“These are the people of Ghana and in whom the decision to amend or not amend Article 55(3) resides. It is not vested in any political party. It is not even vested in Nana Akufo-Addo, the president,” he added.

The President on Sunday, December 1, 2019, cancelled the December, 17th Referendum due to what he called a lack of durable consensus on the matter.

He also directed the Local Government Minister to withdraw from Parliament the Article 243 (1) Bill which meant to amend the Constitution to allow Ghanaians to vote for Metropolitan, Municipal and District Chief Executives which had subsequently been done.

However, the Minority in Parliament and other legal practitioners have accused the president of usurping the role of the Electoral Commission. Cancelling December 17 referendum unconstitutional – Ndebugri

Private legal practitioner and former Member of Parliament for the Zebilla Constituency, John Ndebugri, had accused President Nana Akufo-Addo of acting unconstitutionally when he cancelled the December 17 referendum.

“He did not quote any law that supports what he did. I was just saying that if he is about to revoke for example the appointment of a Metropolitan, Municipal or District Chief executive, he says that I am doing that under Article so so and so of the Constitution. If he is going to pass an Executive Instrument, he says I am issuing this Executive Instrument pursuant to article so so so so of the Constitution. Under which law did he do this thing? And I have said that the instrument concerning the referendum is no more within the authority of the Executive. It has left there. If you go to Article 290, it is very clear the Executive has finished its work. It gazetted this thing six months ago,” Ndebugri argued.

Groups unhappy about cancellation of referendum

Civil Society Group, OneGhana Movement, in a statement, also expressed disappointment at the president for moving to withdraw the bill aimed at allowing Ghanaians to elect their own MMDCEs.

It thus called for the government to rescind the decision to withdraw the amendment Bill for Article 243 (1).

“We urge the President to demonstrate utmost good faith to citizens by laying the amendment Bill for Article 243(1) before Parliament, knowing fully well that MMDCEs can be elected without amending Article 55(3).”

In a separate statement, ChaLoG, also expressed disappointment and questioned if the Akufo-Addo administration was committed to pursuing the election of MMDCEs as it had promised in its 2016 election manifesto.

“This decision clearly vindicates ChaLoG's long held position that the government was all along not committed to the amendment of Article 243(1) but yet wanted the referendum to be held first on 17th December, 2019.”

“The decision taken by the government to withdraw the bill on the amendment of Article 243(1) is completely at variance with the NPP government's own 2016 manifesto document put together prior to the general elections,” ChaLog added in its statement.