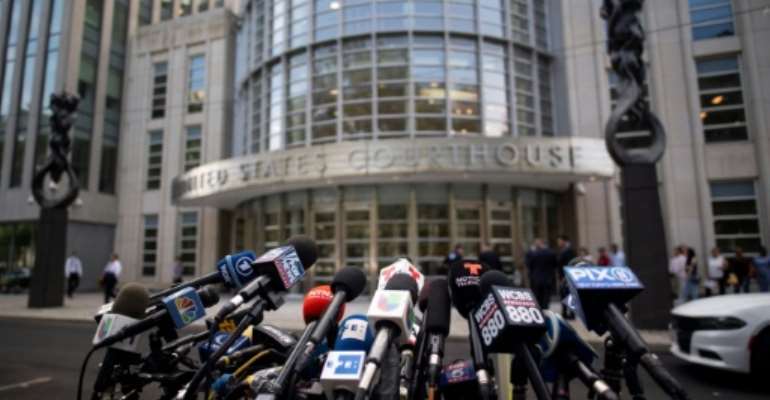 Brooklyn federal court in New York where Jean Boustani was acquitted of masterminding a debt scandal in Mozambique Monday. By Johannes EISELE (AFP)

A US court on Monday acquitted the main defendant in a bribery case that plunged Mozambique into its worst-ever financial crisis following a trial in which he implicated the country's president.

Between 2013 and 2014, Mozambique state-owned security companies borrowed about $2 billion (1.75 billion euros) from Credit Suisse and Russia's VTB Bank to buy military and fishing vessels from Privinvest.

But the government only disclosed the debt in 2016 -- a development that plunged the poor, donor-dependent country into its worst-ever financial crisis.

The United States alleged that at least $200 million of the loans was spent on bribes and kickbacks to politicians and top officials.

US prosecutors took on the case after the loans, which were defaulted on, were sold back to American investors.

Prosecutors said the investors had been defrauded because they had not been told of the bribery scheme behind the deal.

Boustani admitted to paying tens of millions of dollars in bribes to Mozambique officials for the equipment contracts.

He was not on trial on bribery charges though, but for criminal conspiracy to defraud US investors.

Boustani was arrested in January in the Dominican Republic and sent to the US.

During his testimony, Boustani alleged that part of the money went to fund the 2014 election campaign of President Filipe Nyusi.

The loans were acquired at a time when Nyusi was defense minister. He won the presidential election and was recently re-elected.

When the loans were revealed in 2016, the International Monetary Fund withdrew its support. Deprived of the funds, Mozambique's currency has collapsed.

The ruling Mozambican Liberation Front (Frelimo) denies that Nyusi committed any wrongdoing but the largest opposition party has called for him to resign.

"We are gratified and relieved, and thank the jury for its service," Boustani's lead lawyer, Michael Schachter told AFP after the verdict.