NPP Parliamentary Primaries 2020: Mediocre MPs Must Relinquish Their Seats Or Be Kicked Out 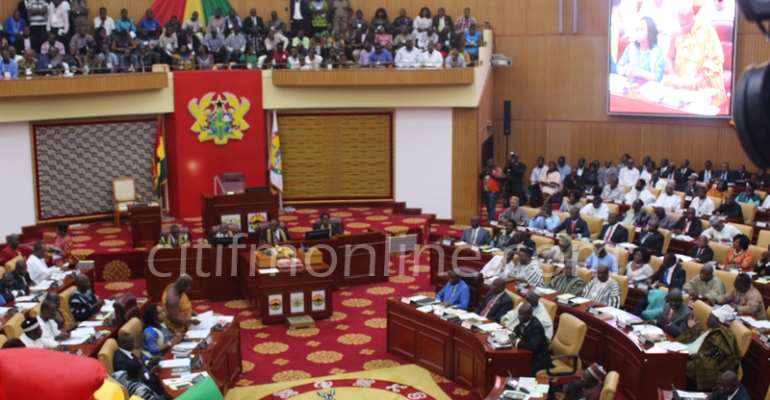 The ruling New Patriotic Party (NPP) is set to organize its primaries in constituencies where they have sitting Members of Parliament (MPs) to select candidates that will stand on the ticket of the party in the 2020 General Elections.

The party initially fixed the election date around January 2020 but somewhere along the line, this was shifted to April 2020.

Sources close to the party's national office said the change in date was necessitated by a petition sent to the office by a group of MPs who think losing their seats early will affect their performance and input in parliament. If this assertion is true, have they also forgotten that marketing an aspiring new MP also needs time?

This same source hinted that the April date is likely to be changed again to somewhere in February or March 2020.

Indeed all MPs who take delight in mediocre performance must relinquish their seats or the well informed and the well-meaning delegates of the party will show them the exit at the upcoming primaries.

In short, mediocrity simply means enjoying yourself in an average or ordinary performance.

Situating this in our everyday life paying your children's fees, giving your wife housekeeping money, buying food for your family, etc, are good but priding yourself in these makes you a mediocre MP.

Because doing such things are only fulfilling responsibilities which society requires from any ordinary person.

That is why former President Mahama said to the NPP in 2008 that: 'Every government that prides itself in the building of hospitals, roads, schools, etc is only engaging in acts of mediocrity and, this was equally and extensively used against him in the 2016 elections which he lost

Why are people in politics?

Well, your guess is as good as mine. Every political being has ambitions, some are intrinsic and others explicit. But by and large, people engage in politics primarily at the grassroots in order for doors which were hitherto closed to them be opened so that they get access to power through the political structures to better their lot.

With these in the minds of delegates, they most times chose an MP who they think can help them along these lines and even do the unthinkable or go the extra mile to bring relief to them.

If an MP uses the MPs Common Fund to pay school fees, construct school buildings, build boreholes, etc and is basking in such glory then, that MP is actually engaging in mediocrity.

Some MPs use the Common Fund to assist a delegate and, this will be all over the place with the MP often herd to have said that I have helped this individual and so on.

Please if you are an MP and you are out there engaging in this act then, I am sorry. Delegates will reject you.

If it's about who has helped each other the most, then the delegates will tell you they helped you first by assisting in helping you become an MP, so doing such things are only in fulfillment of your responsibility which you must not claim ownership of.

Some MPs will write introductory letters for delegates and other party loyalists to get jobs or appointments and this will be all over the news that, I have done this, I have done that.

Yes, it may be true that you have helped someone, but, please Honourable MP that is why you are there so count it as a responsibility and not a favour.

Please, readers should not get me wrong.

These acts of the MPs are good and, people must show appreciation but, these are ordinary things every MP must do and must be seen by the MPs from the angle of responsibility and not from the angle of doing someone a favour.

One thing that is so sure about these mediocre MPs is that they believe so much in 'moneycracy'.

Yes, in some cases MPs who have paid higher sums of monies in primaries have won. But, that was then, as we speak some MPs may by busy parking monies to share during the primaries.

Now, NPP delegates are highly enlightened and do know that most MPs who pay these sums of monies consider that they bought the votes so they don't owe them any responsibility again hence their mediocre attitudes.

During the just-ended Orphan constituency NPP primaries, most will bear me witness that some aspirants paid huge sums of monies to delegates but still lost. this is a clear signal to all sitting MPs who think money is all that delegates need to rethink.

With all due respect, our Honourable MPs must sharply reckon that no matter your academic qualifications, you didn't go through an application process for employment or being interviewed to be appointed therefore, you are not there based on your own merit and academic prowess, but, you are there because the delegates first had faith in you and voted for you and afterward sold you to the masses in the constituency, therefore, your continuous stay in office rests on the shoulders of these delegates.

Let me be clear in the minds of people that there are some real benevolent MPs who are found of paying huge g huge sums of monies seasons in seasons out to the delegates and constituents to soften their burdens.

These are not the MPs who buy the votes. Ironically, these MPs are very humble and don't even mention or boast of the things they do, but rather, it is the constituents' themselves who appreciate and accord them the needed respect as they say respect is reciprocal.

All MPs must learn from our President his Excellency Nana Addo Dankwah Akufu Addoas after building roads, schools, hospitals, etc, which he considers a responsibility, he has gone the extra mile of implementing mind-boggling policies like the free SHS, NABCO, etc.

As an MP, what king of mind-boggling policy do you have for your delegates and constituents?

If all you can immediately get is "I have paid school fees, I have helped this one to get an appointment through an introductory letter, I have built schools, roads, etc, that is good but please it is not enough don't be among the hawks be among the eagles. Begin to revise your notes or be ready to go back and learn to have a broader perspective.

The truth is bitter, but, it shapes the future. Those who care take it with a pinch of salt.

What are delegates actually expecting from their MPs?

To answer this question, one must also answer why some MPs have been on their seats for more than three terms and their delegates still want them to stay.

In my opinion, I believe every constituency is unique and the factors are different from each other.