Julian Assange in Videoconference: The Spanish Case Takes a Turn 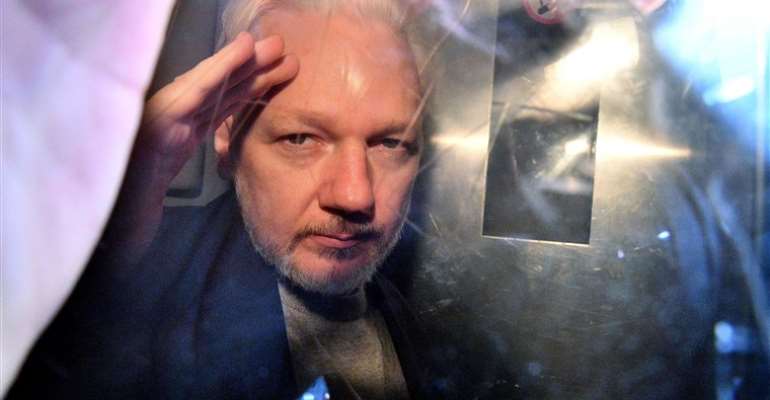 Judge José de la Mata of Spain’s High Court, the Audiencia Nacional, had been facing a good deal of stonewalling on the part of his British colleagues. He is overseeing an investigation into the surveillance activities of a Spanish security firm aimed at WikiLeaks founder, Julian Assange, during his stay at the Ecuadorean embassy in London.

De la Mata had issued a European Investigation Order (EIO) in September seeking the assistance of British authorities in trying to interview Assange on the matter. This involved allegations that David Morales, owner of the security outfit UC Global SL, “invaded the privacy of Assange and his lawyers by placing microphones inside the Ecuadorean embassy in London without consent from the affected parties.” Morales, for his part, was indicted in October on privacy violations, bribery and money laundering.

While EIO requests are generally regarded as mundane and automatic, the United Kingdom Central Authority was not so sure. De la Mata’s requests, specifically to interviewing Assange by videoconference, were initially blocked. The initial response, signed by Rashid Begun, claimed that “these types of interview are only done by the police”. The justice, Begun stated curtly, had also lacked clarity in his description of events, and the appropriate elaboration on what jurisdiction was being invoked.

It took an irritated De la Mata to retort in a subsequent letter that, “In this case, Julian Assange is a witness, not an accused party”, a point that enabled him to be interviewed by videoconference. He also reiterated that “all the events and crimes under investigation” had been clearly stated.

The question of jurisdictional bar was also given short shrift. As the alleged crimes by UC Global had taken place on Spanish territory; given that the microphones deployed against Assange had been purchased in Spain; and given that information obtained in London was uploaded to servers in UC Global SL’s headquarters in Jerez de la Frontera, a clear nexus was established.

The UK Central Authority has had a change of heart. On December 20, Assange is set to be transferred from his current maximum security abode, Belmarsh, to Westminster Magistrates Court to answer questions that will be posed by De la Mata.

To date, the evidence on Morales and the conduct of his organisation is bulking and burgeoning. It is said that the company refurbished the security equipment of the London Ecuadorean embassy in 2017, during which Morales installed surveillance cameras equipped with microphone facilities. While Ecuadorean embassy officials sought to reassure Assange that no recordings of his private conversations with journalists or legal officials were taking place, the opposite proved true.

An unconvinced Assange sought to counter such measures with his own methods. He spoke to guests in the women’s bathroom. He deployed a “squelch box” designed to emit sounds of disruption. These were treated as the measures of a crank rather than those of justifiable concern.

The stance taken by Ecuador has not shifted, despite claims by Morales that any recordings of Assange were done at the behest of the Ecuadorean secret service. Instead, Ecuador’s President Lenín Moreno has used the unconvincing argument that Assange, not Ecuador, posed the espionage threat. “It is unfortunate that, from our territory and with the permission of authorities of the previous government, facilities have been provided within the Ecuadorean embassy in London to interfere in the processes of other states.” The embassy, he argued, had been converted into a makeshift “centre for spying”.

German broadcasters NDR and WDR have also viewed documents discussing a boastful Morales keen to praise his employees for playing “in the first league… We are now working for the dark side.” The dark side, it transpires, were those “American friends”, members of the “US Secret Service” that Morales was more than happy to feed samples to. NDR has added its name to those filing charges against UC Global for allegations that its own journalists were spied upon in visiting the Ecuadorean embassy in London.

The allegations have the potential to furnish a case Assange’s lawyers are hoping to make: that attaining a fair trial in the United States should he be extradited to face 18 charges mostly relating to espionage would be nigh impossible. The link between UC Global, the US intelligence services, and the breach of attorney-client privilege, is the sort of heady mix bound to sabotage any quaint notions of due process. The publisher is well and truly damned.

Not that this convinces such legal commentators as Amy Jeffress, former US Department attaché at the US embassy in London. The appropriate standard here, she surmises, is whether extradition accords with the guarantees of the UK Human Rights Act. Privacy may well be protected, but it is duly balanced, if not ditched, by the imperatives of combating crime and national security.

US outlets have been gingerly moderating the Spanish angle in the Assange affair. The New York Times, for instance, concedes that, “After President Trump took office in 2017, the CIA began espionage aimed at Mr Assange, WikiLeaks and their ties to Russian intelligence, and the Justice Department began building case against him.” A cautionary note, however, is struck: it remained “unclear whether it was the Americans who were behind bugging the embassy.”

Such reservation has infuriated journalists of Stefania Maurizi’s ilk, those who have long praised the work of WikiLeaks and paid visits to Assange in the Ecuadorean embassy. “Appalling,” she tweeted, “how the NY Times minimise the spying activities against all of us inside the embassy: my phones were secretly unscrewed, all my electronic equipment secretly accessed.”

These proceedings constitute the running down of the clock on the extradition process that promises to internationalise the US effort in punishing the publication of national security information. In the meantime, a sinking feeling is being registered by physicians concerned that Assange may not be able to withstand the trauma the legal process is evidently inflicting on him. As medical authorities from eight states have noted, “The medical situation is urgent”, so much so, in fact, that there was little time to lose. The efforts of De la Mata, at the very least, offer a temporary and much needed roadblock, if not total reprieve.