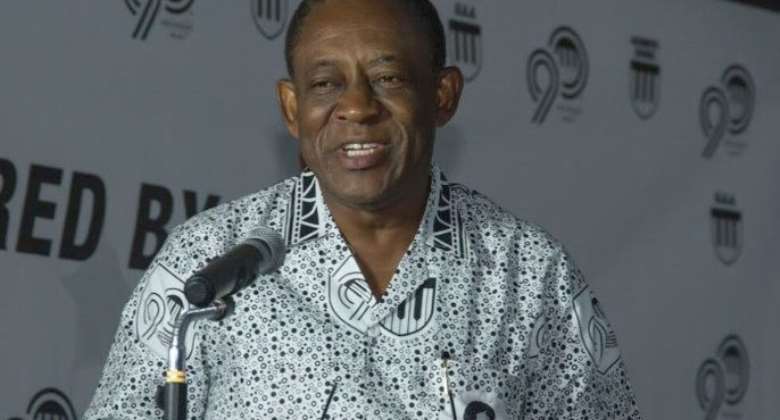 The Tema Oil Refinery (TOR) has secured a deal to refine crude oil for a local oil trading company and its international partner, after years of stop-start activity.

The Managing Director of TOR, Mr Isaac Osei, in an interview with the Daily Graphic, described the transaction as a “landmark” and a major milestone in the new life of the refinery.

He expressed optimism that it would inspire confidence in TOR's operations among other stakeholders, as the refinery was back to consistent refining of crude oil, thanks to a string of measures that made it an attractive partner to local and international oil trading companies.

Confidence rebound
Since August this year, the refinery has refined about four million barrels of crude oil for Woodfields Energy under the special arrangement that enables TOR to earn fees, retain its human resource and utilise its equipment.

Mr Osei said the deal exemplified the growing confidence that the oil trading industry was reposing in the ability of TOR to deliver value-for-money services to third parties.

“Similar arrangements are also being finalised with other international oil traders,” he said in the interview that discussed the fortunes of TOR and its journey to sustainability.

“Generally, confidence in TOR is picking up and more firms are willing to do business with us,” he said.

TOR’s recovery
A national pride some time ago, TOR’s fortunes suffered significantly in the early 2000s and swung for over a decade.

Within the period, heavy debts, lack of routine maintenance and mass exodus of staff combined with other external challenges to weaken TOR’s fortunes.

Since 2017, however, the refinery has been on a recovery path, involving historic routine maintenance, refurbishment and replacement of obsolete equipment, adoption of best practices and staff capacity building.

The MD said plans were afoot to replace the furnace next year to return TOR to full capacity for it to handle the volume of work associated with the renewed confidence.

Transparency
Mr Osei attributed the renewed confidence in TOR to transparency and guarantees on plant efficiency and effectiveness.

“After a careful diagnosis of TOR's challenges, the board and the management met with the workers and charged them to work in an efficient manner in order to restore the company to its glorious days.”

“I'm happy that with this new operating philosophy at TOR, our trading partners have realised that the company is technically viable and could, indeed, give them value for money,” he said.

He explained that the refinery was now operating a tolling model that allowed it to process crude oil for and on behalf of third parties at a fee.

“This arrangement places minimum or no risk at all on us the processor, since the crude oil is purchased, transported and marketed by the third party,” he said.

CDU and RFCC
Beyond the Woodfields deal, Mr Osei said, TOR was also negotiating to sign similar tolling agreements with international traders, including Gemcorp and BP.

He added that although the current arrangements covered the processing of crude oil at the crude distillation unit (CDU), the residual fluid catalytic cracker (RFCC) would soon be engaged after negotiations between TOR and some potential partners were completed.

He commended President Nana Addo Dankwa Akufo-Addo for his immense support to TOR, through the ministries of Finance and Energy which had bought into the strategic role of the company.

Expert opinion
An analyst in the energy sector, Mr Kwadwo Nsafoah Poku, said in a separate interview that TOR’s return to the continuous refinery of crude was refreshing “and good news to the nation”.

“Continuous refinery will make it possible for TOR to pay its overhead costs, retain staff and put the machines to use,” he said, noting that the action could also pave the way for the company to start processing its own crude.

He said TOR’s ability to secure a long-term contract with Woodfields meant that operational losses had reduced, resulting in good yields.

On how the refinery could sustain the trend, Mr Poku said it should aim at sustaining the confidence, adding that the continuation of the agreement would mean that the supplier was satisfied with TOR.