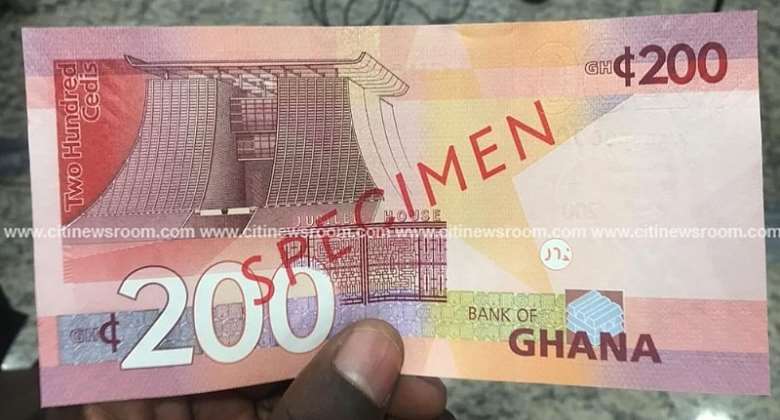 The Head of Currency Management at the Bank of Ghana, John Gymafi, has debunked rumours suggesting that the introduction of the new higher Ghana Cedi denominations, has been done to fuel and fund the upcoming 2020 elections.

Speaking on JoyFM’s Super Morning Show on Monday, John Gymafi said this is simply not the idea for why they introduced the new higher denominations.

Furthermore, he said the Bank of Ghana does not have individuals as clients and can, therefore, not fund anybody’s election campaign.

“The central bank has been pursuing a policy of zero lending to government for the past five years and that will not change,” he disclosed.

The announcement of the introduction of the new Ghana Cedi denominations has received mixed reactions.

The Minority has asked for the withdrawal of the new notes even though there is no law that says the Bank of Ghana must consult with Parliament on the introduction of new notes. They would have appreciated if management of the central bank did so before making the official announcement on Friday 29 November 2019.

Members of the public on social media have also expressed their shock and worry about the bank’s move.