Referendum Cancellation: Was It About Ghana Or The President’s Ego? 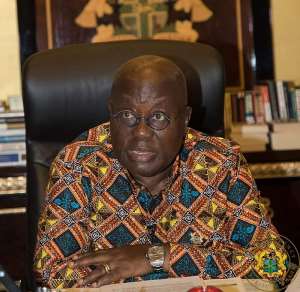 In what could have become the moment most Ghanaians have been waiting for to finally get to elect MMDCEs of their choice, the government and its surrogates made sure that arrangement was botched. The referendum was headed for doom right from the onset with the deceptive nature in which it was presented to the people of Ghana until other political and civil society organizations realized the anomaly and begun to make it clear to the people of Ghana. The referendum although was supposed to focus on whether or not to involve partisan politics at the local and district levels of Ghana, was made to appear as to it was meant to decide whether or not Ghanaians wanted to elect their own MMDCEs; a totally dishonest and mischievous move which should be condemned in no uncertain terms.

In the end, the President was compelled to call off the Referendum in view of the impending disapproval from Ghanaians on the subject. In the President’s address to the nation however, he mentioned that he had to call of the referendum due to a lack of ‘durable national consensus’. That is a statement that begs my curiosity because it does not only sound ridiculous, but woefully bankrupt of substance as well. Did the President call off the referendum sincerely because there was a lack of consensus on the matter? I think not. One would think that for a President who claims to care so much about national consensus on issues, he would have given the opposition of the people to the idea of a national cathedral project the same energy as well. But I guess that does not fit into the narrative because the President knew he had the authority to sanction such a decision with or without the approval of the people, but that did not apply in the case of the referendum. Indeed when the government were in initially hell bent on seeing this referendum go through at all cost, they did not believe that the masses would take such an informed rousing NO stance, contrary to the government and the President’s official position which was being heavily campaigned for even by the very institution that was mandated to referee the process.

Indeed the President knew that no matter how much time, effort and taxpayers money was invested into a YES campaign, he was surely going to fall short of the 75 percent approval needed for the amendment to come to fruition. Therefore in order to salvage what was left of the President’s deflated ego, he finally had to succumb to their idea of calling off the referendum; a move which is most regrettable. Though it was within his constitutional rights, the President did not have the moral authority to cancel a critical referendum which would have addressed once and for all, a key issue of national interest. The fact that the President’s concern was more with his eventual rating in the event of an inevitably overwhelming NO vote rather than it was with the supreme interest of the people goes a long way to expose how egotistical and self-conceited the President was on the matter.

The best approach to have adopted would have been to allow the referendum to hold in order that every Ghanaian can have their say on this matter that has lingered on for 25 years once and for all, especially when a large chunk of taxpayer money had already been invested into publicity and other logistical issues related to the smooth conduction of the referendum. Indeed, the President acted in bad faith and made it plainly clear, that it was more an attempt to push on Ghanaians a personal agenda than it was about giving the people the chance to make choice on a critical matter. In any case, the purpose of the referendum was for Ghanaians to have the ‘National Consensus’ the President claimed was absent. Meanwhile, since the President is so concerned about the role of national consensus on voting-related matters, I hope he braces up well enough for the coming general elections which is bound to come off irrespective of whether or not he finds the general ‘mood’ of the country pleasant enough. The true judgement day beckons and the President and his government should brace up for it because there would be no escape window. God bless the motherland.