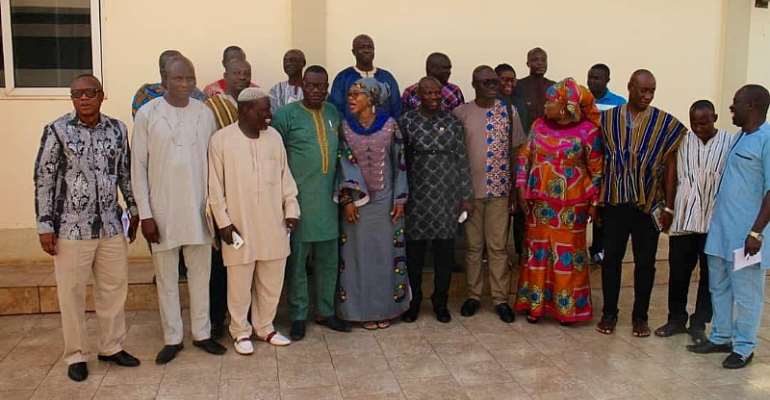 The Right To Information Law has received full support from the Metropolitan, Municipal and District Chief Executives (MMDCEs) in the Northern Region as they believe the law provides grounds to improve information sharing.

The MMDCEs made the pledge at a forum on the newly passed RTI Law for Metropolitan Municipal and District Chief Executives in Northern region.

Speaking at the forum organized by the Media Foundation for West Africa (MFWA) in Tamale, the Dean of MMDCEs and DCE for Mion District, Mohammed Hashim, noted that the forum has afforded them the opportunity to have full understanding of the RTI law.

“The law is not to witch hunt anybody, once you do your work properly, you have nothing to fear about” he said.

Mr. Hashim indicated that the assemblies are impressed by the provision of the law that alerts them to package their information and make sure it is delivered as and when it is needed.

He said there was the need to educate the public regarding the law to know the information to demand for and what not to demand for from the administration.

The Dean of the Northern Regional MMDCEs admonished that, the RTI law is meant to promote transparency, accountability and to enhance our democracy, hence, should be fully supported.

Madam Fouzia Tua Alhassan who read a speech on behalf of the Executive Director of Media Foundation for West Africa(MFWA) at the forum noted that the MFWA was set to leverage on the RTI law as they already designed a project that seeks to increase citizens access to information, thus, deem the RTI law as timely and an opportunity to take advantage of.

According to her, the project is been implemented in three regions in Ghana; Ashanti region, Northern region and Greater Accra region to educate the MMDCEs and media practitioners to understand the RTI law better.

She admonished the public to support in creating awareness regarding the RTI law as the ministry of information has already developed a road map on awareness creation to promote public understanding pertaining to the RTI law.

Lawyer Samson Lardy Anyenini, took the MMDCEs through the Right to Information (RTI) law and what it meant.

He however, advised media practitioners and the public that should they get any information and decides to distort it, they can be sued by the institutions that gave out the information.