Pwalugu Dam: Could It Be A Game Changer? 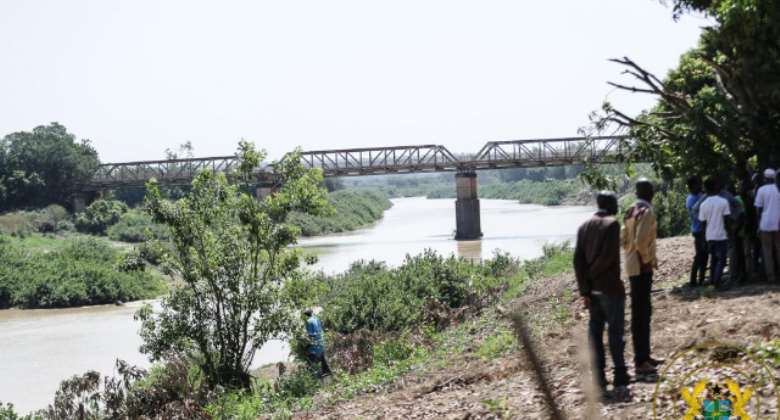 I couldn't be happier. Because this could be a game changer for the people of the Upper East and the North East regions in Ghana.

The two are the main beneficiaries of the multi-purpose Pwalugu Dam project.

Who doesn't like his or her bread buttered?
Indeed, projects like Pwalugu Dam must be applauded and governments must be encouraged to do more of such. You know why.

I learned it's been a long wait for the people since the 1960s, and it seems the clouds are gradually thinning as a silver lining is approaching.

BUT they'll still have to wait after over 50 years of expecting this dam to be built. Wait for about 50 months (four years and two months) before their age-long dream will become a reality.

At a sod-cutting ceremony on Friday 28 November, 2019 to begin construction of the dam, President Akufo-Addo said it's the single largest investment ever undertaken by any governments in northern Ghana.

Must he not pat himself on the back?
He said the US$993 million multi-purpose project will address three main issues facing the people in both regions.

And what are the issues?
They're irrigation, floods and hydropower.
The three problems have conspired to work against the people, who are predominantly farmers.

Irrigation
Farmers in the two regions have had to deal with serious droughts.And this has resulted in low yields over the years. However, industry experts believe this problem could be a thing of the past when Pwalugu Dam is completed. According to them, farmers will be able to till lands that would otherwise be less productive.

Also, they can open up their farms where it would have been difficult perhaps impossible to grow pastures and crops. What more?

It would give them the capability to carry more stock or to conserve more feed.

The experts say, irrigation will help improve the capital value of the farmer's property, since irrigated land can potentially support higher crops, pastures and animal production. Last but not least it will create jobs for the youth and help minimise or reduce rural-urban drift.

Hydropower
Hydropower, has helped mechanised agriculture and manufacturing industries across the world tremendously. And we all know the power of electricity. Basically, hydropower is the conversion of energy from flowing water into electricity. It's a renewable energy source, which means it produces no air pollution or toxic byproducts.

Most farmers in these parts of the region depend largely on charcoal as fuel. And charcoal burning poses health hazards and affects the ecosystems. In short, hydropower will help reduce land and forest degradation.

So how big will be Pwalugu dam?
What will be the maximum length and how much will be its installed capacity?

I really don't know for now. I don't have answers. I also don't know how many turbines will be running, plus landsize or acreage.

The Bagre Dam (located upstream) and built by neighbouring Burkina Faso in 1992 has a maximum length of 400 km (250 mil), plus an installed capacity of 16MW.

It also has two turbines and 5,700,000 acre ft.
Would Pwalugu seek to outrun or out-stage Bagre?
Mind you, whenever the water level of Bagre dam hits its maximum capacity, SONABEL--the power authority in the landlocked country, spills the excess water from the dam which most of the times finds ways into the White Volta River --that runs through the Upper East region thereby causing havoc to lives and property.

Floods
"This project will fulfill my government's promise to address perennial floods in these areas," said the president.

And hopefully, iIn 50 months time the people will say bye bye to the perennial floods and deaths, caused by spillage from the Bagre dam in Burkina Faso.

Gov’t to set up 5-member committee to lead extensive stakeho...
36 minutes ago