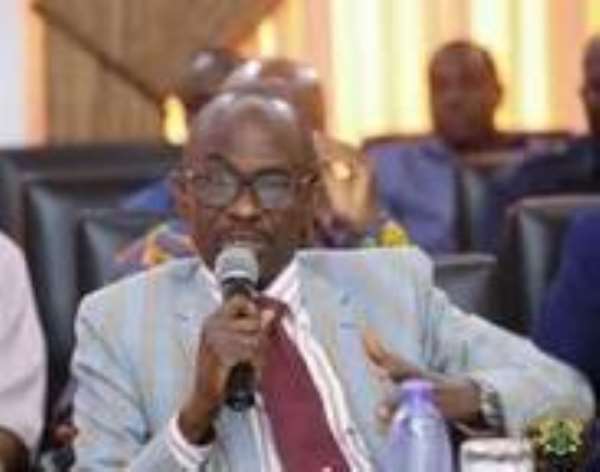 General Secretary of the National Democratic Congress (NDC) Johnson Asiedu Nketia, says the President’s claim of building consensus as the reason for calling off the referendum is deceptive.

The NDC scribe noted that President Akufo-Addo decision to abort the December 17 referendum "due to fear of defeat."

Speaking on Adom Fm Dwaso Nsem on Monday, he stated, “the President is a dictator who has run out of options.”

In his view, the President backed down on the referendum because he failed to bulldoze his way out of the seeming pressure from all quarters including his own Ministers.

“Nana Addo has not given a listening ear to public opinion before, so to say he wants broader consensus on the referendum is embarrassing because he feels he’s left with no option than to cancel it,” he posited.

He opined that the President’s consensus should have considered other views of former presidents, CSOs, and the views of the larger Ghanaians on the national cathedral, issues confronting the Ghana card, Emile Short Commission and the constitutional review etc.

He stressed that the president “rubbished” national consensus on these issues which are important matters to have aborted based on the lack of consensus building.

“The President has ignored weightier and sensitive issues built on national consensus and claiming he wants to build consensus,” he added.

August 4 declared public holiday in celebration of Founders ...
49 minutes ago