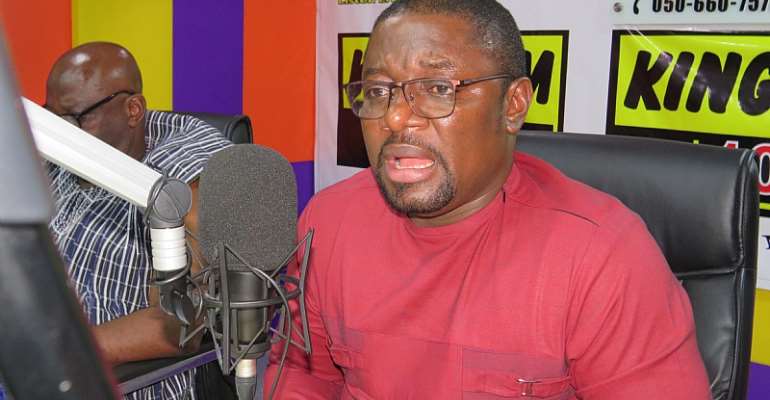 President Akufo-Addo stated, “It is with deep regrets that I have given instructions to the Minister of Local Government and Rural Development who will spear this process on behalf of government with commendable vigour and dynamism to abort the process and seek the withdrawal of the Bills for the amendment of the constitution both in respect of Article 243(1) and Article 55(3).”

He continued, “In these circumstances, I am convinced that it will not serve the public interest to go ahead with the holding of the public referendum on 17th December even though I believe a strong campaign for a YES vote would have succeeded. This is not the kind of atmosphere in which the repeal of an entrenched provision of the Constitution should take place.”

This, Fred Agbenyo told Kwaku Dawuro on ‘Medo Ghana’ on Accra-based Kingdom FM 107.7 that the President Akufo-Addo announcement has vindicated the stands of the NDC towards the referendum and will be a victory for NDC towards the 2020 general election.

Their move was followed with impassioned arguments among the vast majority of Ghanaians including traditional rulers, political parties and other stakeholders over the YES or NO vote.

The Minority leader explained that the ‘No’ vote will have resulted in some lapses in the articles governing the referendum.

Mr. Agbenyo stated that some articles governing the referendum defeat its purpose.

Background
The Electoral Commission (EC) had scheduled December 17, 2019, to conduct the referendum to approve the Bill to amend Clause 3 of Article 55 of the 1992 Constitution.

The Pre-Referendum processes consist of the formation of an election committee, which was established in 2017 and the review of legislation and preparation of background documents.