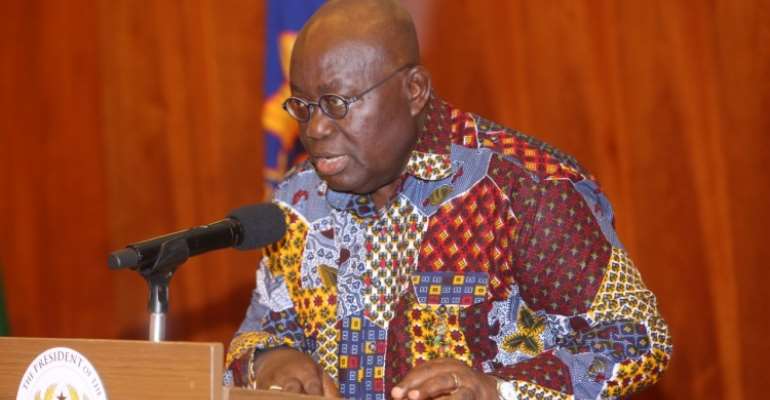 President Akufo-Addo has cancelled the December 17 national referendum which was meant to decide on an amendment of Article 55 (3) of the Constitution to enable political parties sponsor candidates during local level elections.

This was announced by President Nana Addo Dankwa Akufo-Addo in a brief address to the nation on Sunday, December 1, 2019.

He also directed the Local Government and Rural Development Minister, Hajia Alima Mahama to withdraw the Bills seeking to change Articles 55 (3) and 243 (1).

While the debates on YES or NO votes lingered, a new Afrobarometer report disclosed that over 50 percent of Ghanaians said they were not aware of the upcoming referendum.

Awareness of the referendum increased with respondents' level of education.

The Electoral Commission (EC) had scheduled December 17, 2019, to conduct the referendum to approve the Bill to amend Clause 3 of Article 55 of the 1992 Constitution.

The purpose of the referendum was to see if Ghanaians were in favour of the Bill to amend Clause 3 of Article 55 of the 1992 Constitution to allow political parties to sponsor candidates for election to District assemblies or lower local government units.

Article 55(3) states that “subject to the provisions of this article, a political party is free to participate in shaping the political will of the people, to disseminate information on political ideas, social and economic programmes of a national character and sponsor candidates for elections to any public office other than to District Assemblies or lower local government units''.

Consequently, Parliament was to also amend Article 243 (1) for the mandate to appoint MMDCEs by the President to change, for the electorate rather elect them as their superintendents at the local level.

Article 243 (1) states that: “There shall be a District Chief Executive for every district who shall be appointed by the President with the prior approval of not less than two-thirds majority of members of the Assembly present and voting at the meeting.”

Savannah: NADMO to clear buildings on waterways after heavy ...
56 minutes ago