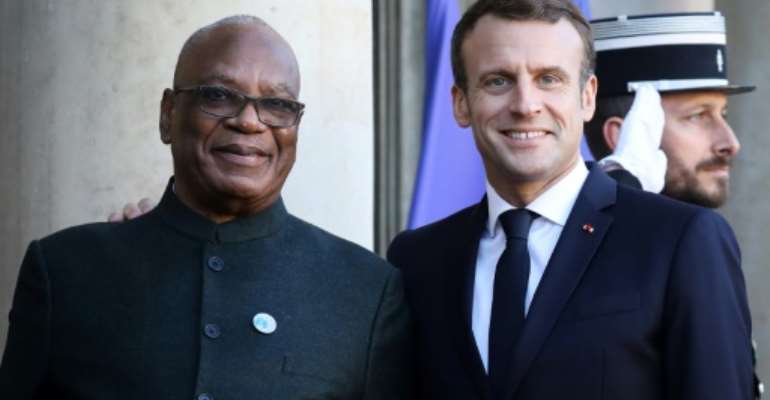 Mali's President Ibrahim Boubacar Keita has urged Malians not to "bite the hands" of nations giving aid, in a response to growing hostility to foreign forces helping the Sahel country battle Islamist militants.

French forces have been in Mali since a 2013 campaign to drive out Islamist fighters from the country's north, but public anger over growing militant violence has recently turned on the presence of foreign troops.

Keita's appeal came days after a mid-air collision between two helicopters killed 13 French troops who were on a night-time operation against jihadists in Mali.

"We have no reason to glorify how we reached out to those who needed our help yesterday," the president said in a statement late Saturday, referring to Malian soldiers involvement in the two world wars and peacekeeping missions.

"But we also have no reason to bite the hands of those who give us theirs today."

Despite the presence of French and other foreign forces, jihadists have regrouped to carry out deadly attacks on Mali's army and violence has spread to neighbouring countries.

Two Malian gendarmes were shot dead Sunday in an attack on their post in the eastern town of Menaka, a local official said.

Mali's leader also called on all parties, including the main opposition, to take part in a national debate to be launched on December 14 to discuss solutions to the country's security crisis.

"We should seize the opportunity," he said.

In another sign of a push for political solutions, a committee monitoring a 2015 peace deal with rebel groups will also hold a meeting on December 11. The committee was responsible for overseeing the disarming of rebel groups and their integration into the Malian armed forces.