Drama As Asenso-Boakye’s Attacker Weeps In Court, Pleads For Mercy 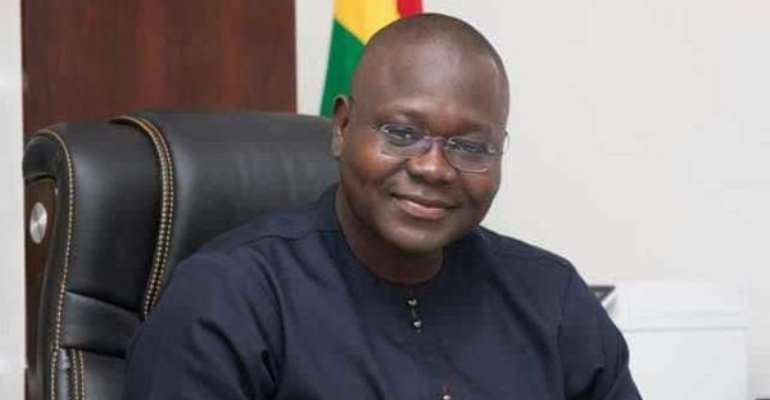 It was an emotional sight at the Agyabeng Court last Friday as Stephen Amo, alias Osono, a self-imposed leader of pro-government Elephant Youth Association was virtually on his knees begging for forgiveness from the Court for leading an attack on Deputy Chief of Staff, Francis Asenso-Boakye.

Immediately after the Court had read his charges to him, Amoh did not hesitate to plead for forgiveness. He was, however, made to sign a bond of good behavior lasting a year.

He was charged for unlawful assembly in breach of the public order act.

Osono was arrested after he led the group to picket the private residence of the Deputy Chief of Staff, Francis Asenso-Boakye, on Wednesday, 27 November 2019 and levelled accusations of embezzlement against him.

The group alleged that Asenso-Boakye owes them and has refused to release funds given them by President Akufo-Addo.

Mr. Asenso-Boakye has, however, denied the allegations. He said in a statement that he does not owe any person or group of person money, nor has the President given him any money for any group of persons which he has withheld, as alleged.

Mr Asenso-Boakye subsequently lodged a complaint with the police.

Osono was arrested by personnel from the Police CID on Thursday, 28 November and was subsequently arraigned before Court on Friday, 29 November 2019.