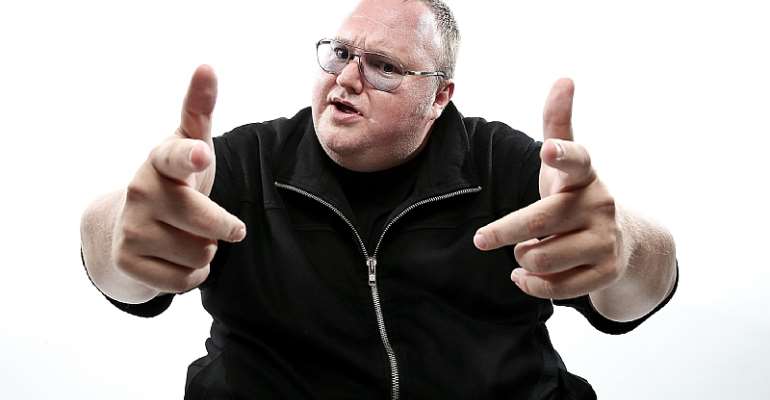 Surveillance activities and the law are often at loggerheads. The former specialises in destroying privacy; the latter, in so far as it might be adequate, sometimes furnishes a means of preserving it. When it comes to exposing overly-eager surveillance activity, obstacles arise. Ironically, the privacy of agents, and the sacrosanct nature of their abuse, become points of issue. Public interest tests are employed, often against the public. To expose such conduct might be to compromise the State apparatus altogether.

To prosecute an open case of fair spread and free access to evidence often requires material deemed sordidly compromising. When it comes to citizens specifically targeted for being persons of undue interest, redress can be monstrously difficult. On this point, the spooks and their backers have the upper hand.

The case of Kim Dotcom is a study worth pursuing for that reason, not merely because of his notoriety for his cloud sharing service Megaupload and alleged copyright breaches of US law, but because he has been an object of nervous and paranoid persecution by New Zealand and US authorities for years. Given New Zealand’s status within the intelligence sharing arrangement with the United States, keeping up a front of severe authority is essential. Dotcom’s irreverence, his effrontery in challenging US copyright law and regulations, not to mention his unabashed backing of WikiLeaks and open information environments, has not earned him friends in Washington.

Between December 16, 2011 and to the conclusion of January 2012, the New Zealand police requested the Government Communications Security Bureau (GCSB) to intercept Dotcom’s private communications at the behest of US authorities seeking his extradition. Dotcom subsequently challenged the legality of his arrest and the search warrants executed on his property on January 20, 2012. It was duly found that the GCSB had acted unlawfully in their interceptions, having ignored the fact that Dotcom’s resident status protected him from surveillance.

GCSB subsequently admitted liability and, at its invitation, permitted the NZ High Court to enter judgment against it. This was a necessary ploy, given that the agency did not want to give the game up by revealing what interested them about Dotcom’s activities. Of interest to Dotcom was securing damages arising from breach of privacy, though it was intended as an action that would, he hoped, expose a broader pattern of unwarranted surveillance. To that end, the cybernaut’s concern also lay in the exclusion of certain information in the intercepts at the request of GCSB, which had sought an interlocutory order preventing public disclosure. High Court justice Gilbert J, at first instance, was convinced that letting the material into the public domain would compromise State security.

Fellow justices on the Court of Appeal were also of the same view, and accepted the argument by GCSB that section 70 of the Evidence Act covered the intercept information as “a matter of State”. Amongst reasons to withhold information would be the likely prejudicing of the security or defence of New Zealand or the international relations of the Government of New Zealand.

In such cases, courts often indulge in an unconvincing exercise of weighing interests. The Court of Appeal observed that “courts have always held that they may balance a protected interest in non-disclosure against the public interest in disclosure.” But in doing so, “there is no presumption for or against disclosure” when it comes to assessing section 70.

The Court of Appeal was careful to cover ground in the event that they might refuse the disclosure of such information. It might, for instance, have little to do with evaluating competing interests than a lack of competence or expertise. On this occasion, “Having assessed the disputed communications”, the CA found “that GCSB’s claim that disclosure would harm national security and international relations is well-founded.”

Unfortunately for those favouring transparency in the field of disclosure in cases of unwarranted, illegal surveillance no quantifiable measure is possible in making such an assessment. Courts effectively conjure up fictions to justify. Nominal realities – the existence, for instance, of a State – are accepted, yet the extent of injury impossible to ascertain. Justices must contend themselves with the sense that what has been supplied to them by government authorities is sufficient. “We are satisfied that the interest claimed exists and that disclosure would be likely to injure it. More than that this is not appropriate to say without risking the harm that s 70 is designed to prevent.” The circle of secrecy is thereby affirmed.

The court also held that the disclosure of those intercepts was not deemed necessary for justice to be done, a problematic point given that the surveillance was found to be illegal to begin with. Why not see what it was that interested the intelligence services so much, given that it was a breach of law to begin with?

Such reasoning did not convince the appeal court. The private claim for damages could still be sustained in the absence of disclosure of the intercepts. “The claim [by Dotcom] will not fail, or be much affected, without the disputed information. The GCSB has admitted liability. What is in issue in this proceeding is the quantum of damages for dignitary losses.” Matters of “methodology and tradecraft” employed by the intelligence agency were entitled to be kept out of the public eye; besides, Dotcom had already received an apology from both the Prime Minister and an admission of liability.

It is worth nothing that Dotcom’s efforts in defending his privacy against state incursions have been lengthy and prolonged, much of it associated with the extradition imbroglio facing him. In 2015, he filed 52 requests under the Privacy Act seeking “every record mentioning him by name held by every government agency and every then-government minister, plus each agency contracted to work with those entities.” The bulk of the requests were transferred to the Attorney-General, who declined them on the basis of vexatiousness. Some of the information sought was also deemed to constitute “trivial” information. Then came the Privacy Commissioner, who proved equally unsympathetic.

The Human Rights Review Tribunal, however, took a shining to the arguments, finding that the Crown had erred in transferring the requests to the AG and in refusing to consider the requests in the first place. A range of damages was awarded, including $60,000 for injured feelings and $30,000 for loss of a benefit. This decision was reversed in the High Court on appeal, with a finding that the transfer of the requests was “for a lawful purpose”.

The outcome of the latest Court of Appeal decision must be seen as a notch for the pro-surveillance lobby. Outflanked by the privacy action, NZ authorities have preferred to accept a degree of liability while refusing to reveal the content of the privacy breach. Sue us, by all means, but do not make us reveal what we found in conducting surveillance upon you. The Secret State, despite a full blooded effort by Dotcom to confront it, remains intact.