Malawi tobacco pressured as US butts in over labour abuses 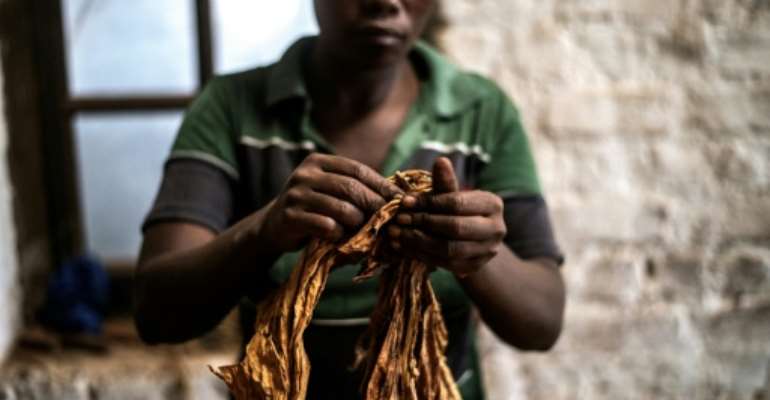 Tobacco is known locally in Malawi as "green gold", but the southern African nation must wrestle with allegations of child labour if the industry is to have a future. By GIANLUIGI GUERCIA (AFP/File)

Malawi is being forced to confront child and forced labour practices after the US restricted tobacco imports from the impoverished southeastern African nation over allegations workers including children were being exploited.

Although exports to the United States make up only a small part of Malawi's total, the US move could make it harder selling its tobacco elsewhere and has sparked anxiety among farmers who fear they will be forced to accept lower prices.

As tobacco, known locally as "green gold", is Malawi's top crop in terms of employment, foreign exchange earnings (60 percent) and tax revenue (25 percent), any trouble the sector runs into could quickly reverberate throughout the economy.

The US decision piles even more pressure on the tobacco sector, already confronted with global anti-tobacco campaigns.

The trouble began in late October. British law firm Leigh Day announced it was preparing a landmark class action case against British American Tobacco (BAT) on behalf of 2,000 Malawian farmers, including hundreds of children, for forced labour and poverty wages.

BAT, which says it "takes the issue of child labour extremely seriously", has denied any wrongdoing and noted that it buys tobacco from Malawi via international dealers who are required adhere to a code of conduct that does not tolerate child and forced labour.

The US suspended imports of tobacco from Malawi, saying it had information that reasonably indicated it was being produced using forced labour and forced child labour.

According to a survey conducted in 2017 by the country's statistics agency the use of child labour in Malawi is extensive. It found that 38 percent of the country's children aged between five and 17 were working.

Although the survey did not provide specific information about the tobacco sector, it is widely acknowledged that child labour is a problem.

Betty Chinyamunyamu, who heads an association of smallholder farmers, said incidents of child labour occur despite efforts to eliminate the practice. 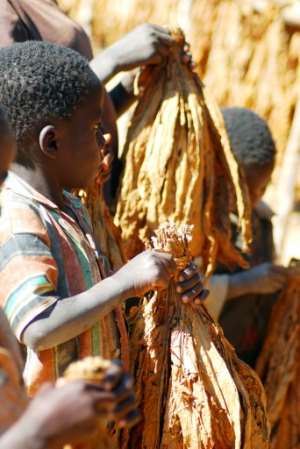 "In some cases, farmers may think that that is the way things are supposed to be without knowing that they are engaging in child labour," she said.

"In our labour report in 2015, we raised the issue that there were some irregularities in the industry that government needed to address," he said.

"The fact that the government did not respond according to the requirements of the US government means that they delayed to act on these issues. But these issues have been there for a long time," he said.

Agriculture Minister Kondwani Nankhumwa acknowledged pockets of child and forced labour in Malawi, but downplayed the US action saying it "is not a ban, they are just pushing for compliance".

US authorities said firms wishing to import Malawi tobacco into the country will need to demonstrate it was not produced with forced labour. But what will be needed to convince US authorities and how much effort firms will be willing to take is unclear.

Nankhumwa said 80 percent of Malawi's tobacco was grown under a special scheme which is free from child or forced labour.

"So, we are only grappling with the 20 percent within which there is also some kind of compliance," he said.

Leaf buyers who sell to multinational tobacco firms make contracts with landowners who then engage tenant farmers who spend 10 months on the plantations. Each tenant farmer is allotted around a hectare but needs four workers to work that amount of land.

"However, the amount the tenant farmers are paid for their crop is too low for them to be able to afford to employ workers to help on the farms. As a result, they have no option but to rely on their children to work on the farms," said Leigh Day in a statement.

Nankhumwa pledged Malawi would conduct the necessary policy reviews to protect the tobacco industry and bring the country into compliance with global standards.

"The government is reviewing the tenancy system, which is a bone of contention but also perceived to be catalyst for child and forced labour," he said.

Farmers -- who are starting to prepare their fields for the next planting season -- are distraught at the prospect of being squeezed further by falling prices.

"We are baffled and confused," said Alick Yagontha, a small farmer in the northern Rumphi district who has been growing tobacco for two decades and harvested 28,000 kilograms this year.

He fears there will be "no future for tobacco farming in Malawi" if prices fall.

Who Are We Waiting For?
17 minutes ago