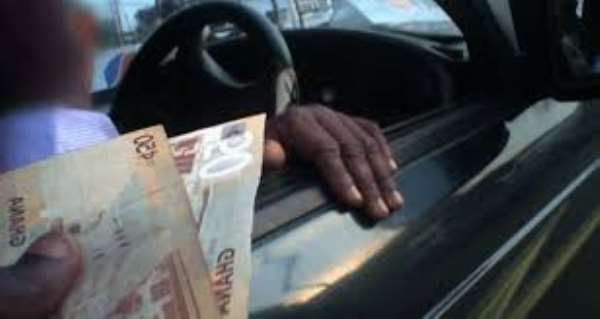 A legal practitioner, Clara Beeri Kasser-Tee says corruption can be fought if women are given more leadership positions in the country.

According to her, the scrutiny women go through when they are offered positions in a male-dominated field tends to make them more careful and turn them into agents of change.

Speaking at a ‘women in anti-corruption’ forum, Madam Kasser-Tee noted that women have a lot more to prove which makes them put in more effort.

“The general disadvantage that women face when in leadership positions could actually be an advantage in the fight against corruption. This means that because women have a lot more to prove if you put them to nurture and build those systems, they are going to put in a lot more effort because they know that their failure is also going to be the failure of the entire agenda.”

“Women also don't have as much access to power. So it also means that fewer people are going to condone or look on when the woman is doing something right,” she said.

In 2015, the Ghana Integrity Initiative (GII) suggested to the government to increase the number of women in critical positions to help curb corruption.

According to GII, results from research they conducted showed that men in leadership positions would turn out to be more corrupt than women in similar positions.

The report proved that “a total of 498 respondents (81.5%) felt that there would be more likely less corruption if more women were put into positions of responsibility”.

“Similarly, 61.2% of the respondents felt that a person likely to bribe another person is generally a man than a woman,” the report added.

The issues surrounding corruption is one that still remains one of the pressing menaces in the country, causing worry to Ghanaians.

Amidst the several moves by the President Akufo-Addo and leadrs of the country to curb the practice, the Auditor General, Daniel Domelevo has clearly stated that corruption can never be completely eliminated in Ghana but can be reduced.

Mr. Domelovo said although the laws of the country recommend “eradication” of corruption, it is virtually impossible to achieve such a feat because it permeates every portion of the Ghanaian society including churches.

“Under the directive principles of state policy in our constitution, the state is required to eradicate corruption and abuse of power. I did some small exercise of checking what is the meaning of eradicating corruption and I saw eliminate entirely and I said in Ghana it can never happen. Some said destroy completely, I said the same thing, it can never happen. I went on and I saw reduce and I said maybe that's what the constitution meant,” he noted.