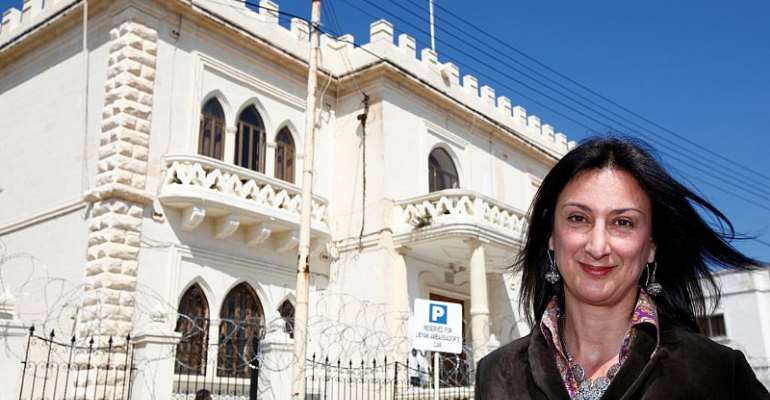 Two ministers and the government's chief of staff have stepped down in Malta over revelations about the killing of investigative journalist, Daphne Carauna Galizia, in 2017. Prime Minister Joseph Muscat is also facing calls to step down after his handling of the affair.

The prime minister's chief of staff, Keith Schembri, resigned on Tuesday after it was alleged he had leaked information to Yorgen Fenech, who is accused of ordering Daphne Carauna Galizia's assassination.

Schembri's company, 17 Black, was named in the Panana Papers. The company's links to Fenech were revealed by Carauna Galizia in her popular blog, famous for its punchy political opinions and allegations of corruption.

It made her many enemies over the years. On16 October 2017, she was killed by a remotely detonated car bomb.

Fenech was arrested on 20 November as a “person of interest” in connection with her murder.

The minister of tourism, Konrad Mizzi, and the economy minister, Chris Cardona, also resigned after their names were linked to the killing.

PM sanctioned 'illegal security access'
The prime minister remains in office despite a growing chorus of calls for him to step down.

“I know that Joseph Muscat was allowing Keith Schembri illegal access to security services' data that he passed on to one of the masterminds of the assassination. And I shared thisinformation in parliament,” Jason Azzopardi, a lawyer to the Carauna Galizia family and an opposition MP.

Malta's Justice Minister Owen Bonnici is to attend the EU justice and home affairs council meeting in Brussels next week, where he will meet EU Commission Vice President Vera Jourova. He's is likely to brief the commissioner about the investigation into the Caruana Galizia affair.

“Vera Jourova and Owen Bonnici have met on a number of occasions over the past few months. During several of them, they have discussed the investigation into Carauna Galizia's death,” Mina Andreeva, the EU Commission spokesperson, confirmed to RFI.

Contract killers
The most tumultuous week in Maltese politics for a generation was sparked by a confession from Vince Muscat (no relation to the prime minister), a suspect in the killing of Caruana Galizia, seen by Reuters, that reveals that contract killers were paid a total of €150,000 to carry out the act.

Muscat confessed the sensational details to the police in April 2018, in the hope of getting a pardon.

Details of his confession were passed to Reuters last year but were not published until this week to avoid damaging the investigation.

Theuma has admitted to police that he acted as a middleman between the killers and the person or people who carried out Caruana Galizia's murder. He has been released under police protection, according to a source, and is due to testify in court on Tuesday.

“Joseph Muscat announced last week, in breach of the law, that he alone and not his council of ministers will decide who gets a pardon and who doesn't,” says Azzopardi.