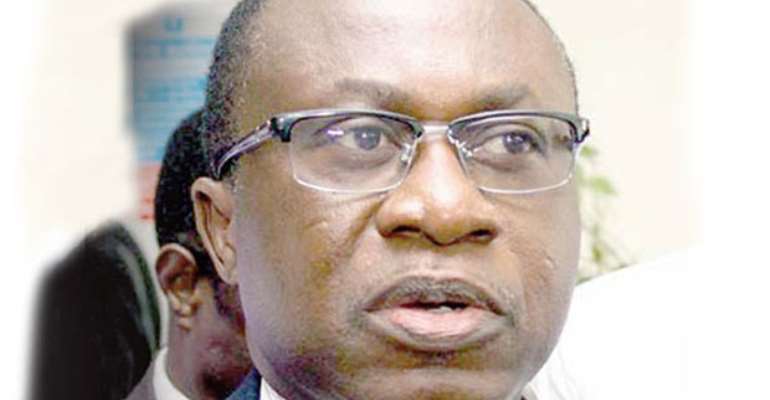 The Appeal Court has dismissed an application for stay of proceedings filed by the former National Communication Authority (NCA) Board Chairman, Eugene Baffoe-Bonnie, who is standing trial at an Accra High Court for allegedly causing financial loss to the state.

Mr. Baffoe-Bonnie was challenging the decision of the High Court presided over by Justice Eric Kyei Baffour that dismissed his submission of no case application after the prosecution had closed its case.

Mr. Baffoe-Bonnie and other ex-board members, including William Mathew Tetteh Tevie, a former Director General of the NCA; Nana Owusu Ensaw, Alhaji Salifu Mimina Osman, a former National Security Coordinator; private businessman George Derek Oppong and the Director of Infraloks Development Limited, have been accused of conspiracy and causing financial loss to the state in the purchase of a cyber security equipment for the National Security Council Secretariat (NSCS) for counter terrorism purposes.

The five accused persons are also facing 16 other charges including conspiracy, stealing, using public office for profit, money laundering, among others. The amount complained of by the state is about $4 million.

Moving his application at the Court of Appeal, Mr. Baffoe-Bonnie's lawyers said that the prosecution failed to establish a prima facie case against the accused person and must not be made to open his defence.

“In the very likely event that our appeal succeeds, applicants would have been made to lead evidence at the High Court on charges that the prosecution has failed to establish,” his lawyers pushed.

Senior State Attorney Richard Gyambibi, who represented the prosecution, opposed the application and insisted that it was simply an abuse of the court process.

He said other accused persons in the case have had occasion to appeal the High Court's ruling on their submission of no case and the same have been refused.

A three-member Court of Appeal panel, presided over by Justice Barbara Ackah Yensu and assisted by Justices Gertrude Torkonoo and Ama A. Gaisethen, held that the trial court did not err in dismissing Mr. Baffoe-Bonnie's submission of no case application.

The court further said that Mr. Baffoe-Bonnie did not show any exceptional circumstance to warrant the grant of his application, saying “we are unable to find any such special circumstances with such an exceptional nature to sway us to exercise our discretion to stay proceedings at the High Court. In the circumstances, the application is refused.”

The main trial is expected to continue on December 10.