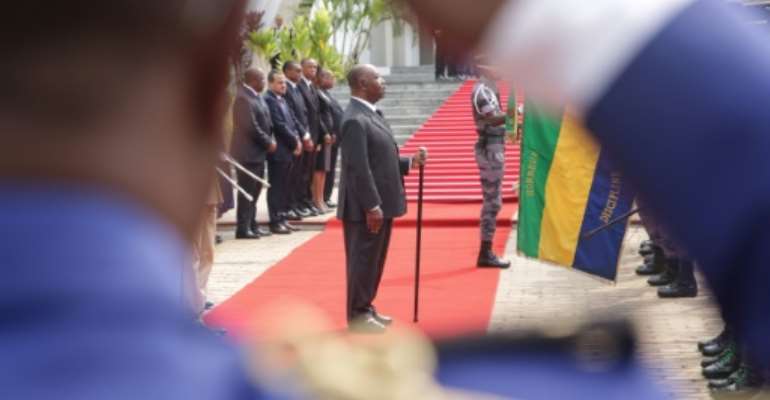 Oil-rich Gabon has detained eight people for theft and money-laundering as the government intensifies a crackdown on corruption, the prosecutor for the capital Libreville said Thursday.

The revived anti-graft drive has seen a string of top-level arrests in the central African country, as accusations that millions of euros have disappeared from state coffers swirl around top officials.

"Eight people have been placed in preventive detention," said prosecutor Andre Patrick Roponat, adding that they were accused of "siphoning off public funds and money-laundering."

The group appeared before a judge on Wednesday along with eight others who were released on bail, Roponat said.

Pro-government newspaper L'Union reported this week that more than 85 billion CFA francs ($142 million) have "evaporated" over the past two years from the funds of the Gabon Oil Company.

The current investigations are a follow-up to Operation Mamba -- an anti-corruption campaign launched in 2017 by President Ali Bongo, who has been battling serious illness.

The 60-year-old president said last month he was "fiercely determined" to push ahead with the campaign against graft.

One high-profile political figure embroiled in the affair is Brice Laccruche Alihanga, Bongo's former cabinet director who took the lead and spoke for the president after he suffered a stroke in 2018.

Laccuruche had held his cabinet post for more than two years but was dismissed on November 7 -- at the start of a wave of arrests.

He has announced on social media that he will undertake a new mission for "the president and for Gabon".

Earlier this week, lawyers told AFP that presidential spokesman Ike Ngouoni and a dozen others were arrested and questioned over their ties to Alihanga.

During his months-long absence abroad for treatment, speculation over Bongo's fitness surged and the army quashed a brief attempted coup.

Bongo has ruled Gabon since 2009, following the death of his father Omar Bongo, who was in power from 1967.