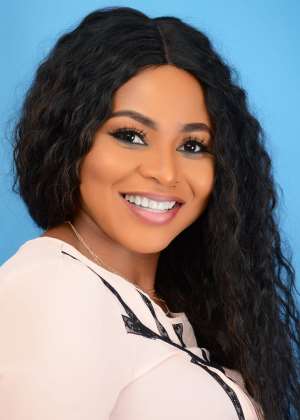 There lived a lion in a small village, very closed to a thick forest. The lion lived by himself several years until the unfortunate happened. One day, the lion said to himself, “I’m a full-grown man and very matured and I can’t live by myself so I have to go out and search for a woman to marry...at least I’ll be glad if I have a woman by my side.” The lion was a kindhearted man, loved by the other people living in the same village.

He started his journey in a nearby village but did get any woman. He faced a lot of trials and temptations in his journey. It wasn’t easy for him at all.... but his determination was superb. On his third day, he got to a village full of women, but this innocent lion was rejected by the women.

He asked himself several questions. Saying “what at all is wrong with me? Since I started my journey this is the 3rd day but all women I came across or met rejected me.” Despite all this, He never discouraged! He continued his journey on the 4th day, he got tired and rested in a cave with full of bats. This brave lion slept in the cave with the bats and he got up early in the morning and continued the journey on the 5th day. His water and food got finished it left him starvation. Gradually, he got to a small village far away from his village.

Fortunately, he met an old woman coming from a farm and he helped the woman with her load. The lion followed the old woman to her house, when they got to the house, the old woman thanked the lion and asked him, “are you a stranger?

Because I can see you are not from this village and besides you look so tired and hungry.” The lion gladly answered the old lady saying, “yes you are right I’m a stranger and truly I’m starving.” These ladies quickly prepared food for him, the lion enjoyed his food so well. After eating he rested about an hour and the old lady asked him, his reasons for coming to her village. The lion quickly answered her saying “I’ve been on my journey bout six days now; I’m just searching for a woman to marry.

I came from far away village. If only you can help me to find a woman.” The old lady laughed looked straight into his eyes and said, “I have so many grandchildren all of them are women very beautiful and good women.

But now they have travelled they would be coming tomorrow morning, if you don’t mind you can spend the night and wait on them.” The lion who was desperate said, “I don’t even mind staying here for three nights.” The old lady prepared the lion a room for his stay. Early morning the lion was the first person to woke up waiting to meet those beautiful women. Lol and behold the beautiful grandchildren of the old lady came from their trip.

The old woman told the lion to select one of them, anyone selected would be his wife. The lion took his time and selected the most beautiful statics woman and told her “whether you like or not...you are my wife” the woman also accepted the lion proposal and promised him she will love him till death do them apart. The lion took his wife and they came back to his village.

The next day, the woman was so sad and was not in a good mood. The lion politely asked her what’s wrong...his wife replied him saying “there’s something I want you to do for me if only you love me..” the lion quickly said yes tell me honey I’ll do it for you” she told him, “ there are few things I don’t like about you if only you can get rid of them I’ll be very happy and love you more..” the lion said “yes tell me babe” the wife said, “the things on you I don’t like are; your teeth and your nails.” Oh, if that’s the only things you don’t like about me, then you have no problem I’ll get rid of them. Said by the lion.

This innocent lion quickly removed his teeth and cut all his nails. After doing that, he looked different and disappointed. His wife looked at him amazingly and said, “really is that how ugly you are? As for me, I don’t like a man without teeth and nails.” she quickly packed her belongings and headed to her village. The lion was so disappointed and amazed how the woman betrayed him. This is unbelievable betrayal!

The moral of the story is: this goes to the men, whenever you are desperate for something you end up doing things you will live to regret. The lion was so desperate thinking he is old enough to get married, but he acted a victim of circumstance. His wife requested the removal of his teeth and nails but disappointed him with divorce.

The lion did that in the act of love...you can call it stupidity but when love catches your heart, you do things you never understand. The lion went for beautiful woman didn’t take his time to study her. We can face this unbelievable betrayal in our lives! Whenever you desperate, thinking time is far gone, people take advantage on your desperation and making you disappointed.

What are the things that make a lion? The teeth and nails make a lion a lion! Your identity makes who you are! The lion thinking, he was in love was deceived by a woman and lost what made him a lion. This world is crazy, you never know the true colors of your partner until he or she betrayed you.

Desperation brings down a man or woman! Love is a hard drug! Love makes it to such an extent that in extreme cases a man may mistakenly believe that his wife is part of himself, that he is to assist him, to take care of him and, if he is not, is that he does not love him, hurts him, Hates him and awakens all his hate. Sometimes, the changes that produce disappointments can be irreversible.

This fact may not be negative, although it will always depend on the direction in which the transformation takes place within our hearts and mind. Disappointments can make us lose all hope of a better life, a brighter future, or a happy and joyful present. And this will make us lose perspective. Consider a love failure.

Disappointments related to the heart are usually hard. So much that many people never manage to overcome them. Of course, a love failure can cause so much pain in our heart and soul, that maybe we already close in a band and we do not want to suffer another similar disappointment. Watch out for my new novel's the price of love and the Languages and keys of love.

How can you blame NDC for Akufo-Addo’s “away away!” humiliat...
17 minutes ago