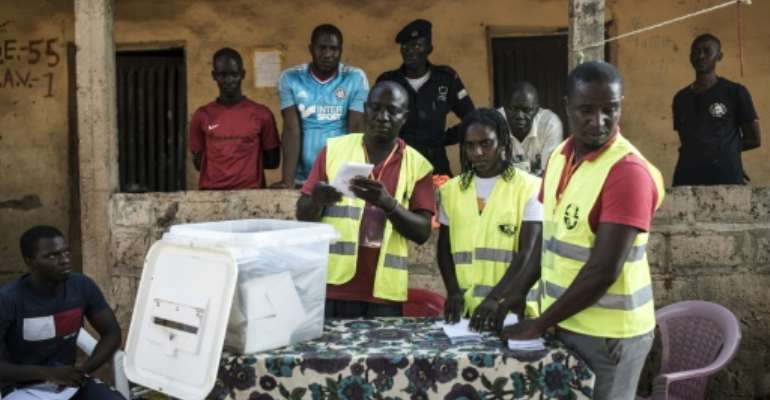 Sunday's polling was mainly peaceful despite fears of violence. By JOHN WESSELS (AFP/File)

The runoff between Domingos Simoes Pereira and Umaro Sissoco Embalo, both ex-PMs, is set for December 29 in the poor former Portuguese colony.

Pereira, 56, is a stalwart of the African Party for the Independence of Guinea and Cape Verde (PAIGC), which won legislative elections in March.

Sunday's first-round vote came as the country was in dire economic straits and Vaz was at loggerheads with parliament over his choices for prime minister.

Since independence in 1974, Guinea-Bissau has seen a string of military coups and political assassinations, with the latest coup dating to 2012.

Vaz is the first president in 25 years to reach the end of his mandate without being ousted or killed, though his political manoeuvring had recently sparked fears that the country would plunge into fresh violence.

Guinea-Bissau ranks 177th out of 189 on the UN Human Development Index, and two-thirds of the population live on less than $2 (1.8 euros) a day.

Latin American drug runners have exploited the instability and poverty to make Guinea-Bissau a hub along the cocaine-smuggling route to Europe.

Vaz, Pereira and Embalo were key players in the political drama that has seized Guinea-Bissau over the past four years.

It began with a falling-out between Vaz and then prime minister Pereira, whom he sacked in a move that riled the PAIGC.

None of Vaz's proposed prime ministers won parliamentary backing after that.

Embalo became prime minister in 2016 but resigned last year in a bid to end the long-standing crisis. 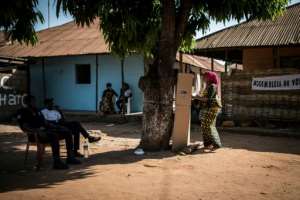 Parliament then did not sit for nearly two years until an accord in April 2018 saw Aristides Gomes appointed as "consensus prime minister".

The PAIGC won legislative elections in March this year, but Vaz refused to make Pereira prime minister and instead reappointed Gomes.

In October, Vaz sacked Gomes and his government, but they refused to step down, sparking fears of violence, with the Economic Community of West African States (ECOWAS) even warning of a potential civil war.

Despite those concerns, Sunday's polling was mostly peaceful.

Vaz's campaign manager accused rivals from the PAIGC of stuffing ballot boxes. Both the country's electoral authority and ECOWAS dismissed the claims, however.

Francis Behanzin, an ECOWAS commissioner in charge of political affairs and security, said Monday that the bloc had a military force poised to "re-establish order" should a candidate attempt a coup.

Neighbouring states also fear that if a non-PAIGC candidate wins -- in this case, Embalo -- more deadlock between the president and the largest party in parliament may result.

Observers say the splintered opposition may rally round Embalo over Pereira.