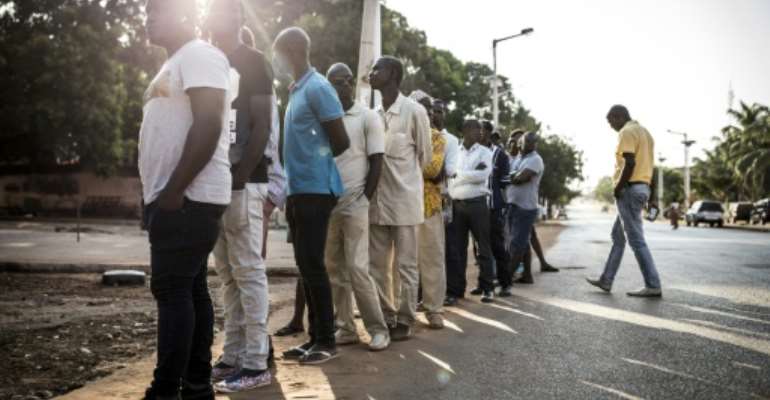 A candidate from Guinea-Bissau's largest party topped the first round in the country's presidential elections, the electoral authority announced on Wednesday.

Domingos Simoes Pereira from the African Party for the Independence of Guinea and Cape Verde (PAIGC), picked up 40.13 percent of the vote, while former premier Umaro Sissoco Embalo was second with 27.65 percent.

The runoff takes place on December 29.

Embalo, 47, is from Madem, an opposition party formed from PAIGC rebels.

Incumbent president Jose Mario Vaz won just 12.41 percent of the vote and is out of the running.

The elections took place on Sunday after a period of chronic political instability.

Vaz, elected in 2014, is the first president in 25 years to reach the end of his mandate without being ousted in a military coup or assassinated.

But his tenure was stormy.

He sacked Pereira as prime minister in 2015 and named a succession of replacements, but none of them won parliament backing.

Parliament did not sit for nearly two years until an accord in April 2018 that saw Aristide Gomes appointed as "consensus prime minister".

In March this year, the PAIGC won legislative elections, but Vaz refused to make Pereira prime minister and instead reappointed Gomes.

In October he sacked Gomes and his government, but they refused to step down.

The former Portuguese colony achieved independence in 1974 after an 11-year armed struggle led by PAIGC.

It has endured four successful coups -- the last one in 2012 -- as well as 16 attempted, plotted or alleged coups.

The impoverished country has a reputation as a hub for cocaine trafficking from South America.

It was ranked 172nd out of 180 nations by Transparency International in 2018 for perceived levels of corruption.