Call Off The Referendum, Unless ….. 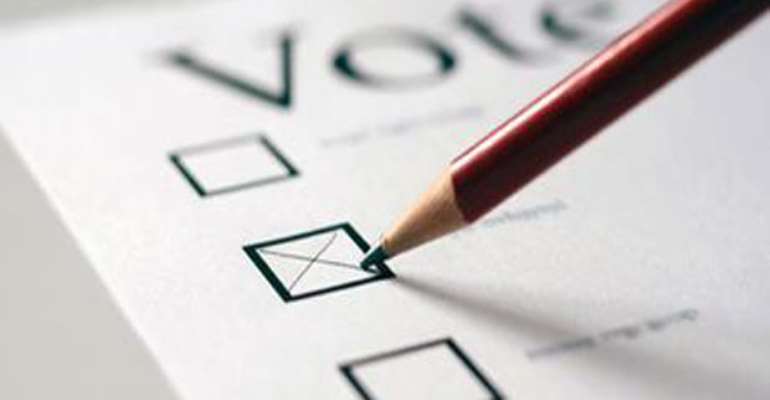 When the white men came to our land some three four hundred years or so ago, they did not come to develop the land, but to loot, plunder and exploit. They built Sekondi harbor to ship cargo to Europe, they built rail ways to where they can exploit minerals, and they built roads to cocoa farms.

As for how we ruled ourselves, they could not be bothered. In fact they pursued a policy of indirect rule, where they strengthened the institution of chieftaincy with “Ahenfie Police” and so on.

When Kwame Nkrumah and his CPP took office in 1951, they deepened the existing Local Government structures. In fact they converted the existing Accra Municipal Council building into what eventually became Parliament House of Ghana.

At the peak of Kwame Nkrumah's administration, Ghana was made up of over 700 Local Councils, each directly elected by the people, with their own offices running education, health, transport, trade and so on. Central Government in Accra concentrated on building highways, universities, defence, foreign affairs and financial policy.

Alas. On Thursday, 24 February, 1966, soldiers overthrew the CPP administration and by decree DISSOLVED all the 700 Local Councils, replacing them with NOTHING.

Busia's Second Republic tried to restore the comprehensive local government structure, but he was removed from office after only two years. I K Acheampong's redeemers and 4th June and Limann – NOTHING happened at the Local level.

Kwamena Ahwo's reforms in 1988 tried to restore a semblance of local government, and President Kufour in 2001 tried to fully restore direct elections but we were advised by a technical committee that Ghana was not ready for all directly elected partisan – local councils.

Ten years down the line, both NPP and NDC manifestoes for the 2016 elections promised that they would ensure that all DCEs and councilors are directly elected by the people.

Reader, I was Deputy Minister for Local Government for FOUR years and what I saw was that the president is in Accra, attending AU meeting, UN, EU and other conferences. He is busily attending state funerals, visiting regions – he has NO TIME to think about fixing the road between Bayerebon and Bokokyem.

The President relies on the party structure to shortlist names of people for appointment as DCEs, and invariably many people manage to circumvent the shortlist to get appointed as DCEs.

So, whose interest is the DCE serving? The People? Or those whose bread he buttered in Accra to ensure his appointment? So we have a ridiculous situation where a man can be appointed DCE and within six months he has built a personal mansion, some leaving office with 12 taxis and 10 houses, some abandoning the district capital to live with his wife elsewhere!!!!!!!!!

And you see, reader, all over the world, every Head of State is worried about mega issues affecting his nation – defence, foreign affairs, macroeconomic policies, unemployment, the building of highways, dualisation of Accra – Kumasi highway (reader, what is the meaning of dualisation in this context?)

Amidst this almost chaotic scenario, which President in which country can have time to concentrate on building a road between Yexekope and Tamakloe town?

You know, reader, majority of Ghanaians living today were all born after 1960. We did not see practical results of the Kwame Nkrumah local governance systems. All we know is “Government” in Accra, and, of course, if you are a whole Member of the Council of State and the road to your house, Mpatasie road, in Berekum, is worse than OWARE game, why not abuse you?

There is no individual, not even Osei Kwame Despite who can use his personal money to fix any TOWN ROADS – never. IT HAS T O BE CAPTURED IN THE NATIONAL BUDGET!!!!!!!!

For the avoidance of all this confusion, let us directly elect every DCE, every Assemblyman, to DEVELOP our local communities. When I was Deputy Minister at Local Government, we travelled to Europe and I met a female mayor of a community who has been in office 40 years running!!!!!!!!! She was always elected unopposed every four years.

The aim of the Referendum is to return power to the people. But we have major difficulties. The first is the requirement that percentage turn out must be over 40% out of which 75% must vote YES. I am not worried about the 40% turn out, but with the last minute U Turn by NDC, Ghana's largest opposition party with commanding votes in Volta and the North, getting 75% is an uphill task.

The confused front of National House of Chiefs on such a sensitive issue does not help the YES drive either. Terrible!

Looking across the parapet today, the only way out is for Nana Addo to crack the whip. He should call all DCEs to Accra and issue strict warning to them that they should each go back and make sure that we get 50% turn out plus 80% YES vote otherwise you the DCE you are sacked, period.

And all NPP – MPs must join the fray. In fact when DCEs are elected, MPs will become free – to come to Accra to make laws for Ghana and no longer be bothered about having to fix this road, attend that funeral and so on.

Otherwise, painfully, and regrettably, call off the referendum.

A very good message; but poorly packaged, poorly marketed; and betrayed by NDC. Very sorry for my motherland.