You Can Run But You Can’t Hide 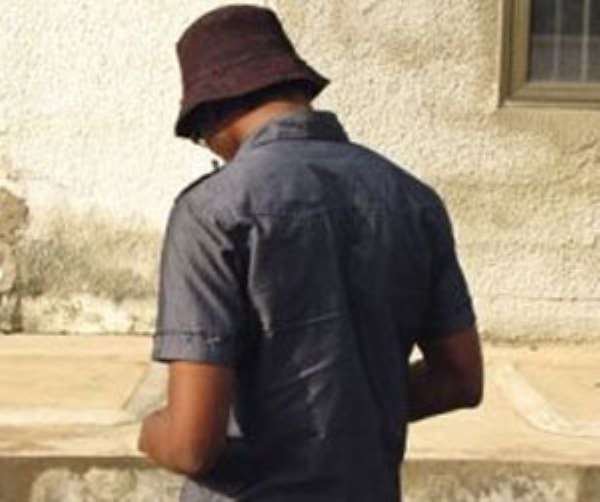 The veracity and practicability of the popular saying, “You can run but you can’t hide”, has manifested in the life of the supposedly Ghanaian ace criminal investigative journalist Anas Aremeyaw Anas. Being avaricious for riches and fame hence resulting to whatever evil means available to him as he deems fit in his warped mind to attaining his objective, the truth has come to slap him in the face to his least expectation.

“The truth will out”. Again this saying has proved itself right in the now established criminal ways in which Anas Aremeyaw Anas conducts himself, duping people, blackmailing people etc., all in his wish to become famous, popular and extremely rich within the shortest possible time. Now, karma has come to hit him hard across the face. He is now dazed and does not know what to do.

If he had not been such a greedy bastard, but rather wise, he would have stopped his nonsensical approach to seeking quick buck, fame and whatnot, immediately after he was challenged in the “Who watches the watchman” exposé by Kennedy Agyapong (Hon), the Member of Parliament for Assin Central constituency in the Central region. But as greed knows no bounds until the pursuer of avarice gets stuck in their evil ways, exposed and humiliated, Anas Aremeyaw Anas stupidly criminally continued with his quest to attain his set objective regardless. In the end, he has been unmasked by nobody other than himself out of being simply stupid.

Is there not a tale about a hungry but greedy dog losing its bone meal by dropping it into a river? This dog was so hungry but fortunate to find a bone to quench its hunger. When it was going to find a quiet place to enjoy its meal, it had to go across a bridge over a river. While walking over the bridge, it could see another dog in the river with a bone in its mouth. As hungry as it was, it decided to have the second bone to itself. Little did it know that it was its own shadow that was in the river. Barely had it opened its mouth to grab the bone from the other dog when he could see the bone in its own mouth drop into the river and gone. At the same time, it saw that the other dog in the river had no longer any bone in its mouth. This is how greed will cost Anas all the wealth he has illegally acquired.

He has always been hiding behind a beaded-mask in the execution of his evil plots against innocent persons. He thought nobody would ever know his personal identity. However, his own evilness has finally exposed him, revealing who he actually is to the whole world. He himself, but nobody else, unmasked himself. This is how God works to pay the criminal in their own coin.

Will Anas act wisely like Zacchaeus who in the bible in Luke 9:8 has the following said about him, “But Zacchaeus stood up and said to the Lord, "Look, Lord! Here and now I give half of my possessions to the poor, and if I have cheated anybody out of anything, I will pay back four times the amount.?"

This same admonition and warning go to the so-called powerful traditional overlord in Ghana, who as cunning as he is, has been causing problems in the country. For his quest for riches, he is criminally involving himself not only in politics but reaping from where he has never sown in the traditional establishment of Ghana, and particularly in his kingdom if there is any kingdom at all presently in the republic of Ghana. He nearly had his comeuppance at the hands of the members of a political party in Ghana when he lied about being the kingmaker of who becomes the president of Ghana.

As I write, it has been communicated to my WhatsApp wall on Monday, 25 November 2019, at 19:39, as follows, “I have got info that our devil has gone to Accra to bribe the judges to dismiss the case” Be that as it may, not only himself but the judges who may accept bribe to twist justice will be hit by karma same as Anas has been hit brutally hard. They will pay dearly for their crimes topped up by the sufferance of generational curse as enshrined in the Holy Bible should they dubiously or criminally twist justice in favour of the otherwise guilty party, all because of being induced by a so-called powerful traditional overlord with bribe or begging for favour.

What is the Law of Karma, one may ask? In quote, “The law of karma is a special instance of the law of cause and effect, according to which all our actions of body, speech and mind are causes and all our experiences are their effects. Every action we perform leaves an imprint, or potentiality, on our very subtle mind, and each imprint eventually gives rise to its own effect. Our mind is like a field, and performing actions is like sowing seeds in that field. Virtuous actions sow seeds of future happiness and non-virtuous actions sow seeds of future suffering. These seeds remain dormant in our mind until the conditions for them to ripen occur, and then they produce their effect. In some cases, this can happen many lifetimes after the original action was performed”. Simply put, what goes around comes around or the evil that men do lives after them.

This is just a quick publication on how whoever does wrong to their neighbour in secret stands to be exposed in the broad daylight one day.