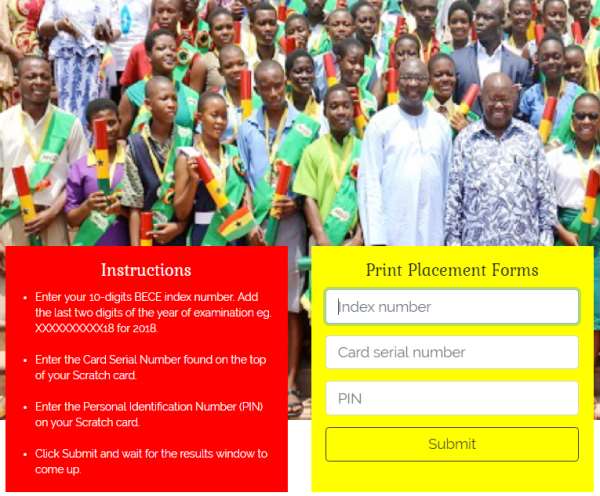 The District Chief Executive (DCE) of the Assin North District, Mr. Charles Ohene Andoh has advised beneficiaries of the government’s Free Senior High School Policy to be content with their placement schools instead of desiring for the so-called big schools in the country.

To him, such energies must be redirected into building themselves to attain their life goals in order to contribute meaningfully to the development of the aspirations of Ghana.

Speaking at a colourful ceremony to launch this year’s Student’s Representative Council (SRC) week celebration of the Assin North Senior High Technical School, the DCE used the Biblical David who was in the wilderness but became the King of Israel to inspire the students not to see themselves as failures, adding that there is nothing like a big school when you are determined to study. He believes students worry themselves over nothing when they see themselves as being in the wrong school.

The Assistant Headmistress of the School, Mrs. Hannah Drah who chaired the ceremony admonished students to always open up to the school administration whenever they encounter any challenge adding that the school runs a very transparent administration.

I don’t know him – Afoko denies knowledge of prosecution wit...
57 minutes ago