By The Africa Centre for Entrepreneurship and Youth Empowerment 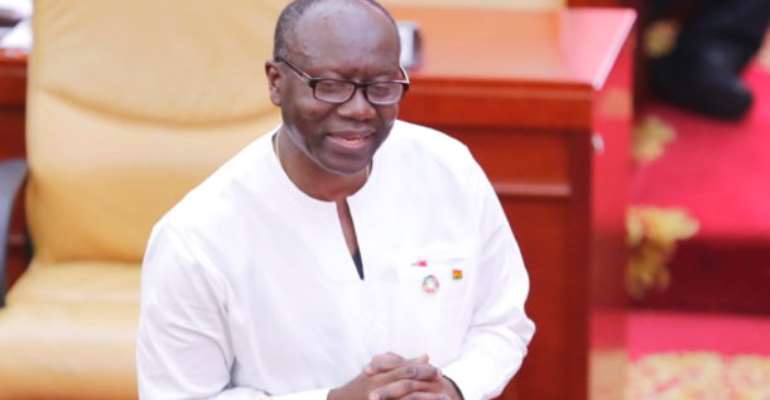 Railway projects are very capital intensive and as such one of the critical issues, as any other project, is funding and financing. It is deceptive to believe that funding and financing for railway transport in the developed economies like the UK’s and the USA’s is easy. Jason Chamberlain who is a partner in Berwin Leighton Paisner’s Asset Finance practice in UK and with over 20 years’ experience in the rail industry said that the UK’s government budget agenda does not incorporate enhancements in the railway industry for the Next Five years. Martha Lawrence, a Senior Railway Specialist with the World Bank indicated that railways need to attract financing from the private sector to be successful. Funds from government bodies are given to the railway industry as grants rather than investment. MTR Corporation, the national railway company of Hong Kong operates one of the cheapest rail transport systems in the world, yet it remains successful and profitable. The corporation finances its activities without any government support, except the granting of property rights that allows them to build properties on the land. This property right granted to the MTR corporation is strategically explored to develop a business model called the ‘Rail plus Property model.’ However, some countries such as the United States have made the Railway a government investment. The Kenyan Standard Gauge Railway (SGR) which was launched in 2017 was meant to be a government infrastructure investment, and it was financed, built and is being operated by the Chinese. The finance was a debt finance, this, financed through loans. A similar loan facility was provided by the Chinese to Ethiopia to build their Addis-Djibouti Standard Gauge Railway. Ghana’s Railway also relies heavily on financing from China.

Considering the Financing and Funding Arrangements for Railway Development

As stated by Professor Zhao Jian (Professor at Beijing Jiaotong University, China), it is worth noting that majority of China’s high speed rail is debt financed and the debt has been increasing such that new debts are raised to pay off old debts. From 2005 to 2016 the debt of the China Railway Corporation increased in ten-fold and stood at $70.70 billion. Though the Chinese Railway Industry is the most competitive railway in the world, it is heavily engulfed in debt. Ghana should expect to be much more engulfed in debt looking at the strategy of debt financing being used by the Government.

To better define the funding of the railway projects, it is very essential to define the business model that will be adopted by the Railway Industry. Strategic questions such as what are the trains going to carry and what is the mission of the railway industry is very essential. What will be carried, whether passengers or freight will help map out the potential revenue streams. The mission of the railway industry will also help determine the business model to develop. For instance, the Chinese High Rail carries the technological power of China so plans are always made into the next decade on the newest technologies to introduce into the railway industry. Moreover, most railway systems, including China’s High Speed Rail focuses on environmental sustainability and as such use trains powered by electricity.

Currently, Germany has developed trains that run on hydrogens and are smokeless. Even though the 2020 budget indicates that Ghana’s Railway will carry both freight (mostly Iron Ore) and passengers, its mission has not been clearly stated. We can tell that revenues will arise from two sources for now. It is worth assessing whether the revenues will offset the operating cost to even provide excess for the clearance of the financing obligations.

Are the trains going to run on biodiesel, electricity or lithium batteries? An answer to this question will demand a restructure in the financing and funding strategies. If the trains will be powered by biodesel, then the rising cost of fuel in the country will distort the funding. If it is going to be run on electricity, then the “dumsor” situation has to be killed completely. If the newest hydrogen powered trains will be used, then the capacity to acquire the trains and even built hydrogen producing plants will have to be considered.

It has been revealed in the World Bank Reform Toolkit that funding from railway activities in most countries do not cover the operational costs not to even talk of servicing debts or generating dividends. As such, either the financing has to be reduced now to avoid future pressures of repayment or revenue opportunities must be increased to improve the prospective funding of the railway projects. The first options appear to be an easy one. In fact, the easiest decision (which ACEYE terms as the lazy man’s approach) is to boycott the Railway project in the first place. Nevertheless, the second option is the best, yet difficult option. The focus of ACEYE is to support the government with much information the facilitate the execution of the second option. These are some critical issues that should have be discussed by the Ministry of Railway Transport and the government. Unfortunately, less of these are discussed and no attention is given to this in the 2020 national budget. Several railway corporations such as the Hong Kong MTR have attached real estate to its business models and also run shops and other retail activities that generate much revenue than the railway activities do. According to the Railway Reform Toolkit by the World Bank, the railway industry assets must be used for activities beyond railway operations to generate extra profit. Either than that, Ghana is very likely to suffer losses in the Railway industry in the future. For instance, the Chinese withdrew funding from the Kenyan Railway and it has ended abruptly. The railway network could not be completed as had been planned since the completion of the Addis-Djibouti SGR in Ethiopia in 2016, the railway has faced several challenges which is making it a financial burden to the country than benefit. Power outages and overvoltages have been the major challenge bringing down the Railway which has been in operation for barely two years. The country is now struggling to pay back the debts used to finance the railway project. The graph below shows the extent of Debt owed by the top African countries indebted to China as at 2015.

Angola owes the greatest debt to China, followed by Ethiopia. Ghana is the seventh topmost African country indebted to China. Further debt financing is not an advisable financing for the Ghanaian Railway project.

The Railway Development Section of the 2020 National Budget Examined

The budget read indicated that there are some flagships and other priority programmes that are delivering infrastructure across the country – including a revitalized railway sub-sector. Some of these flagship and priority programmes mentioned are the 1D1F, Nation Builders Corps, School Feeding Programmes, LEAP and IPEP. Even though these initiatives are argued to have contributed to human capital strengthening, strategically, it is very difficult to establish the linkage between these programmes and the Railway development project. Establishing causality is critical in policy development because establishing a wrong causal relationship could lead to wrong decision making. The success of the railway infrastructure should rather impact the 1D1F, NABCO, LEAP and IPEP rather than the other way round indicated in the budget. This assessment to call the government’s attention to assessments and strategic decisions made on the railway infrastructure development. The minister stated that evidence abounds that the flagship programmes have impacted the railway infrastructure. The budget does not provide details of the evidence, but ACEYE calls on the ministry for railway development to provide the abounding evidence that establishes the impact the flagship programmes have had on the railway infrastructure. Until then, the review of past data and findings of studies conducted by scholars, ACEYE believes that the success of the Railway Infrastructure will rather impact these flagship initiatives.

It was indicated in the 2020 budget that the railway development involves the rehabilitation of old lines and the development of new lines. The Accra Tema railway is completed and has been operating since January 2019. The rehabilitation of the existing railway lines to operate whiles the construction of the new line goes on is a good step. ACEYE suggests that the funding stream for the Accra-Tema line must be monitored closely and used as a pilot for the entire project.

It is also indicated that the Ghana-Burkina line will be built by a Public Private Partnership agreement. This is an initiative recommended by world bank since it will reduce the financing obligation on the government. Even though the strategic partners are yet to be selected, it will be necessary for the ministry to develop the model upon which the rail line will operate since this will attract good and profitable partners.

The budget also indicated that the government will aggressively pursue blended financing arrangements, leveraging funds from various sources including our development partners, philanthropists and private sector actors to finance Metro and light rail transit systems in Accra and Kumasi. The financing structure for the Accra and Kumasi Line is a good initiative. ACEYE suggests that the government should invite the public to provide equity finance for the project since it is less costly than debt finance.

For more information including link to the report, kindly email [email protected]