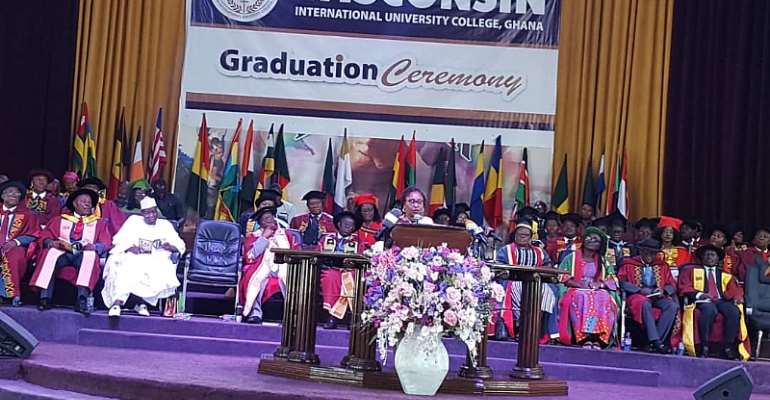 The West African Monetary Institute Director Dr. Ngozi Egbuna has said, the African continent is in a broken state.

According to her, the continent is impoverished to the extent that it can’t feed its people.

Charging graduands from the Wisconsin International University College at its 12th congregation, she said, the rate of malnourished children is evidential.

She said, whiles some children do not have access to dinner, some are unable to have meals to school and some engaged in child labour to feed their families instead of the opposite.

She lamented that “many things are not going right” and that much is expected to the realization of Africa’s development.

Speaking on the theme; Quality Education: Role of Tertiary Institutions, she urge grandaunts to impact the knowledge gained in their respective societies to enable Africa develop.

According to him, African leaders has sought to self-enrichment at the expense of the masses, expressing worry over grabbing of state resources to serve personal interest when in power. “We need to cultivate a different mindset,” he said.

Addressing the congregants, he emphasised on the avoidance of individualism and focus on a consented and collective effort.