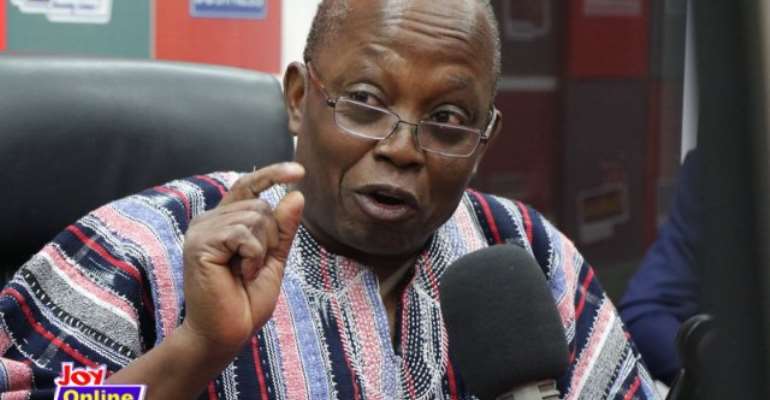 Domelevo has received widespread for his approach to fighting corruption

The National Democratic Congress (NDC) has detailed plans it says government intends to use in getting outspoken Auditor-General, Daniel Domelevo ousted from office.

At a press conference Monday, the main opposition party on Monday said the plans are at its execution stage and would soon be put into action.

“The Alliance for Accountable Governance (AFAG), an NPP offshoot which has been used to carry out this vendetta, would petition the President in the coming days for the removal of the Auditor-General,” the General Secretary of the NDC, Johnson Asiedu Nketiah said.

The scribe said an invitation to Mr Domelevo by the Economic and Organised Crime Office (EOCO) was the beginning of the grand scheme to get him out of office.

The Office commenced an investigation into the office of the Auditor-General over alleged procurement breaches.

But the NDC says government is just using the state institution to haunt the A-G in an attempt to gag him.

Some 21 highly profiled civil society and anti-corruption organisations have also backed the Auditor General amid the EOCO investigation.

The CSOs said the said procurement breaches have already been investigated and the A-G’s office cleared from any wrongdoing.

They, therefore, raised red flags about the EOCO investigation after the issue has been thrashed.

Mr Domelevo himself has challenged the EOCO’s mandate to investigate his office. In a writ at the Supreme Court, he urged the court to declare the EOCO’s action as illegal.

The CSOs back this assertion, arguing that the office mandated by law to investigate any impropriety at the A-G’s office is the Office of Special Prosecutor.

The government has been accused by various bodies and now the NDC of trying to force the A-G out of the office for the latter’s passionate approach to checking corruption in the administration.

The NDC and the CSOs say the recent $1million surcharge of Senior Minister, Yaw Osafo Maafo for the payment of a private company for no work done has courted anger against Domelevo.

The NDC has, therefore, called for the prosecution of Mr Osafo Maafo instead of “witch-hunt of Mr Daniel Yao Domelevo.”

Government extends electricity to seven communities in Savan...
3 minutes ago