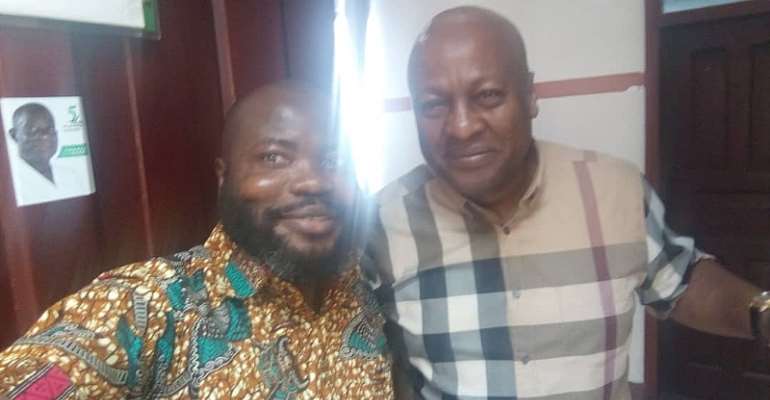 Aspiring Assemblymember for Aborlorve-Norlorpi electoral area in the Keta Municipality, Mr.Simon Yaw Awadzi has assured residents to address the bad roads within the communities.

“My aim of going into this contest is to advocate for Roads, Walling of football parks within the electoral area especially both Aborlorve and Norlorpi parks for specific sporting activities.”

In an interview, Mr. Simon expressed worry over the bad nature of roads within the electoral area and affecting commuters and businesses.

According to him, his links within the circles of influential persons is a “done deal” to ensure it’s realisation of that assurance.

He said issues of the aged and vulnerable persons in the area forms part of his reasons to contest for the Assemblyman position to help improve their wellbeing.

According to him, the elderly as well as vulnerable people, especially the physically challenged persons have been neglected and addressing their immediate needs would be one of his utmost priorities.

He expressed interest in supporting the youth to unlock their talents in sport and other disciplines in the industry.

For instance, the aspiring assemblyman said he would ensure that all sports pitches in the electoral areas are provided with fence walls and sports kits.

Other development projects he sought to embark upon are reshaping of deplorable roads, health screening for residents, among of other issues.

“I will also provide support for the aged and disabled, Health screening, organise annual Talent Hunt Show to fish out the talents within the youth in the community and also ensure a credible human Data Base for people living within the community, ” he said.

Mr Awadzi also said he would ensure accountability to the people in quarterly manner and any other needs that may arise.

The electoral area, he said consists of two communities precisely Aborlorve and Norlorpi.

The most common jobs opportunity among the people he said are Kentey weaving, farming which includes livestock, cash crops and fishing.

He however called on electorate to consider the development needs of the area and vote for him in the upcoming District Assembly elections.

Awadzi said he has what it takes to transform the area and believed when given the nod.

The District assembly elections are scheduled for 17th December, 2019, to be conducted by the Electoral Commission (EC).